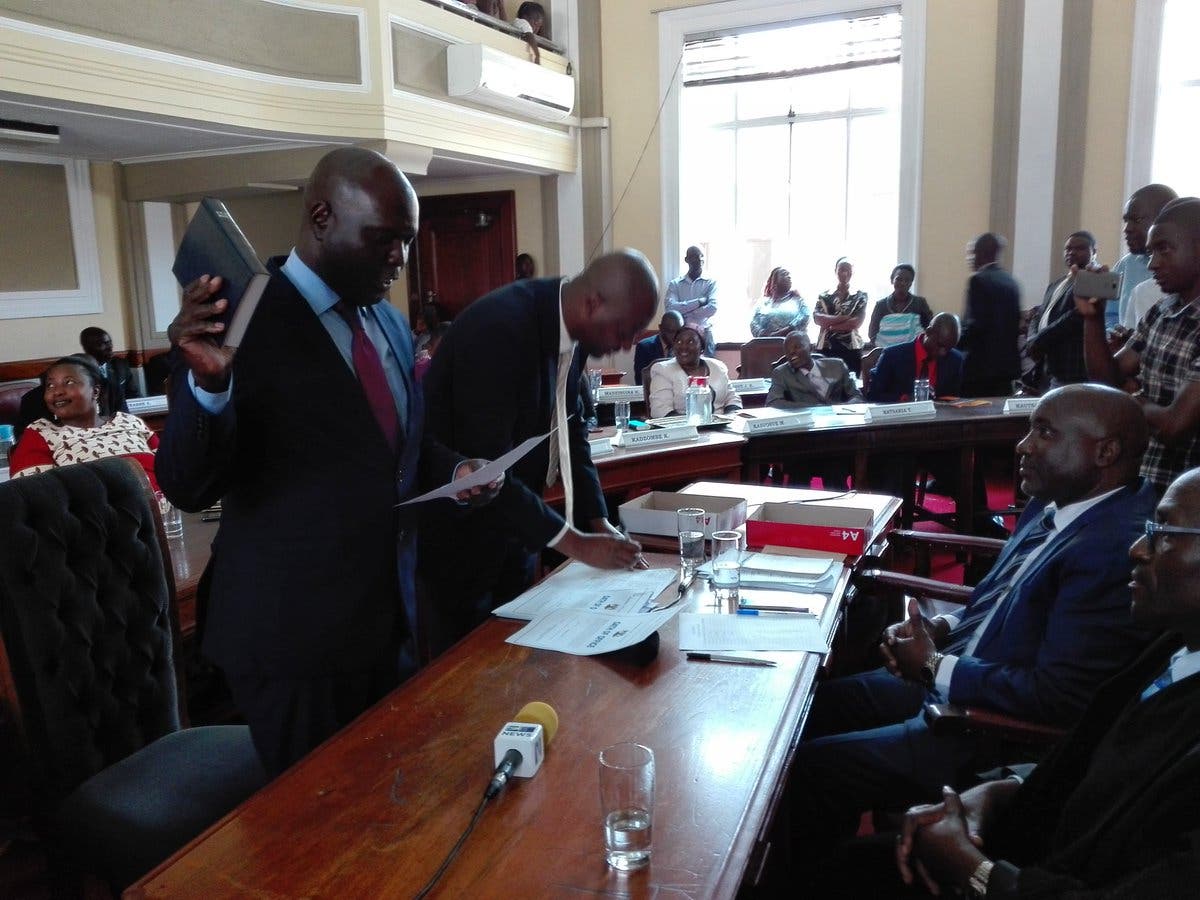 THE massive land scandal at Harare City Council (HCC) has seen the arrest of at least 14 top officials on allegations of defrauding the city fathers of at least US$1 million through illegal land allocation, Zim Morning Post can report.

The accused were apprehended by CID Commercial Crimes Unit Tuesday and are expected in court today (Wednesday) answering to charges of fraud and criminal abuse of office.

It is alleged that the accused acted in common purpose and unlawfully identified open spaces in Kuwadzana surburb, created fictitious pay schemes and sundry accounts without following due process.

They would in turn sell the stands to home seekers under misrepresentation that the stands were officially approved by HCC.

The alleged crime was committed between 2017 to 2019 and HCC in fact connected water at the stands in question under the belief that it was approved council land basing on fraudulently laid out plans and fictitious pay schemes created by the accused.

The arrests come after a series of reports in this publication implicating some of the arrested officials along with others who are still scot free on illegal parcelling out of land especially on wetlands.

Trusted sources told this publication that the director of Education, Housing and Community Services, Addmore Nhekairo is working with a syndicate of council officials to fleece the metropolitan of its land.

Nhekairo poured cold water on the allegations stating that it was the work of land barons bend on diverting their crimes.-Zimmorningpost