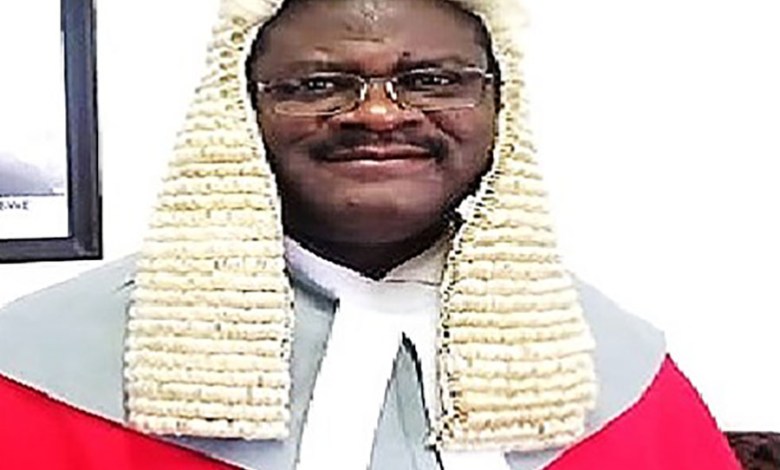 Friends, family and colleagues of Justice Thompson Mabhikwa on Saturday woke up to nude pictures and raunchy WhatsApp messages sent from the judge’s phone – apparently the work of an irate lover who discovered he was seeing another woman.

Justice Mabhikwa, a judge at the Bulawayo High Court, lost his wife two weeks ago.

The judge, who is in his 50s, reportedly went to bed on Friday night with a woman named Oratile Nare, a young assistant of Justice Maxwell Takuva, a fellow Bulawayo High Court judge.

The woman, sources said, went through the judge’s phone sometime during the night and discovered that the judge had sent pictures of his penis to another woman identified only as Petty or Patie.

Nare, the sources said, left the judge’s house with his phones and began forwarding Justice Mabhikwa’s exchanges with the other woman to almost all is contacts – including a judges’ group.

The unsolicited package included the judge’s raunchy messages exchanged with Patie or Petty, who also sent the judge pictures of her vagina.

The pictures are too graphic for publication.

“Okay, ntambama ngizaluphosa ke (literally means ‘I will throw it then’, Ndebele slang for lovemaking),” the judge apparently writes in one of the messages.

Petty or Patie replies: “Ngizakunika. Uphose vele (I will give you. You have to f*** me).”

Police sources said a report had been made after the judge’s colleagues could not find him on his phones, and he had left home for an unknown destination early Saturday.

In the meantime, Nare was reportedly hanging up and not answering the judge’s phones, while continuing her rampage.

When the judge left the house, another source said, he was responding to a demand by Nare to undergo an HIV test. The judge apparently arrived to find Nare with his nudes lover, who also took the test.

Justice Mabhikwa was unreachable, while a spokesperson for the Judicial Service Commission – which is compelled to investigate the incident – said they would only be able to respond on Monday when they return to work.

Judges have an ethics code and Mabhikwa’s indiscretions could lend him in trouble – in particular his affair with a subordinate. – Online