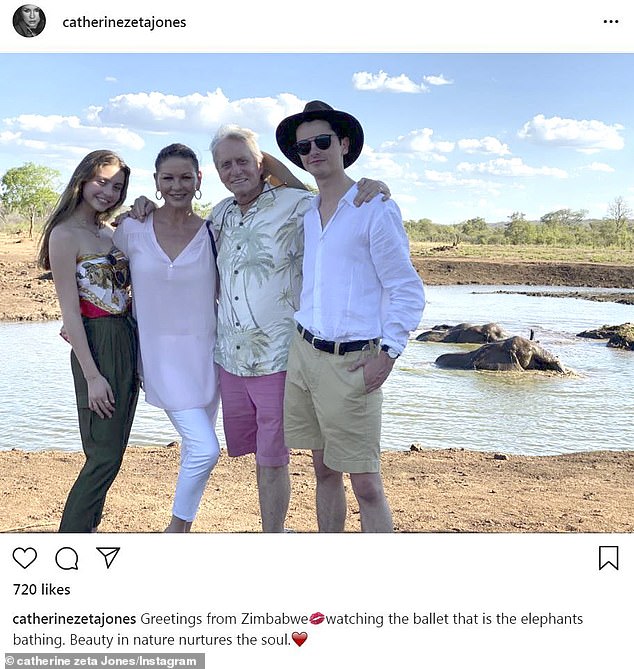 A rare image that Catherine Zeta-Jones posted on social media Instagram on Monday to show off her holiday in Zimbabwe has taken the internet by storm.

The Oscar-winning actress looked youthful in a pale pink top and white jeans as she joined husband Michael Douglas as well as their two children Dylan and Carys as they posed in front of elephants bathing in a large pool of water.

The family is on vacation in Zimbabwe.

Hollywood Actors Catherine Zeta-Jones and Michael Douglas were at Victoria Falls yesterday with their family.

Michael Douglas is known for movies like Basic Instinct,Ant Man and many more with a career spanning over 3 decades.

The Victoria Falls remains Zimbabwe’s major tourist destination and has in the past attracted other Hollywood stars like Will Smith,Arnold Schwarzenegger and Alibaba founder Jack Ma.

Recently Steve Harvey posted the video showing a rainbow over the Victoria Falls, with an emoji of clapping hands. Actor Will Smith also visited the Victoria Falls last year. Prince Harry was there in 2017 with his wife Meghan Markle and footballer Naymour.