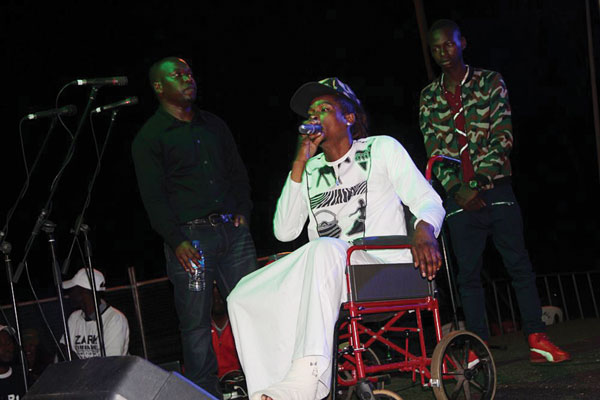 Hopewell Chi’ono has mourned Soul Jah Love who died after he collapsed. He had been admitted at Mbuya Dorcas hospital.

Below are his tribute messages

May his soul Rest In Peace!

Soul Jah Love a victim of a twisted society

The death of dancehall entertainer, Soul Jah Love, should remind us of the effects of LOOTING!

Ghetto youths have no access to healthcare or jobs and as a result they drown in alcoholism and drugs.

Ghetto entertainers have big names without a quality life because the economy is dead.

Anywhere you look, Corruption is destroying lives, and Soul Jah Love has just become another tragic statistic to a long list of young people let down courtesy of political elites corruption!

I grew up in the Ghetto, I know too well that if I had not been given a fair chance in life, I would have been dead decades ago!

Mwana waStembeni has unfortunately not been so lucky like my generation that escaped the LOOTING thugs and consequences!

Our society should not shy away from its realities. Sadly more young people will go the same way as Chibaba!