How Manchester United beat Aston Villa 4-2, twice coming back from a goal down to reach Carabao Cup last 16 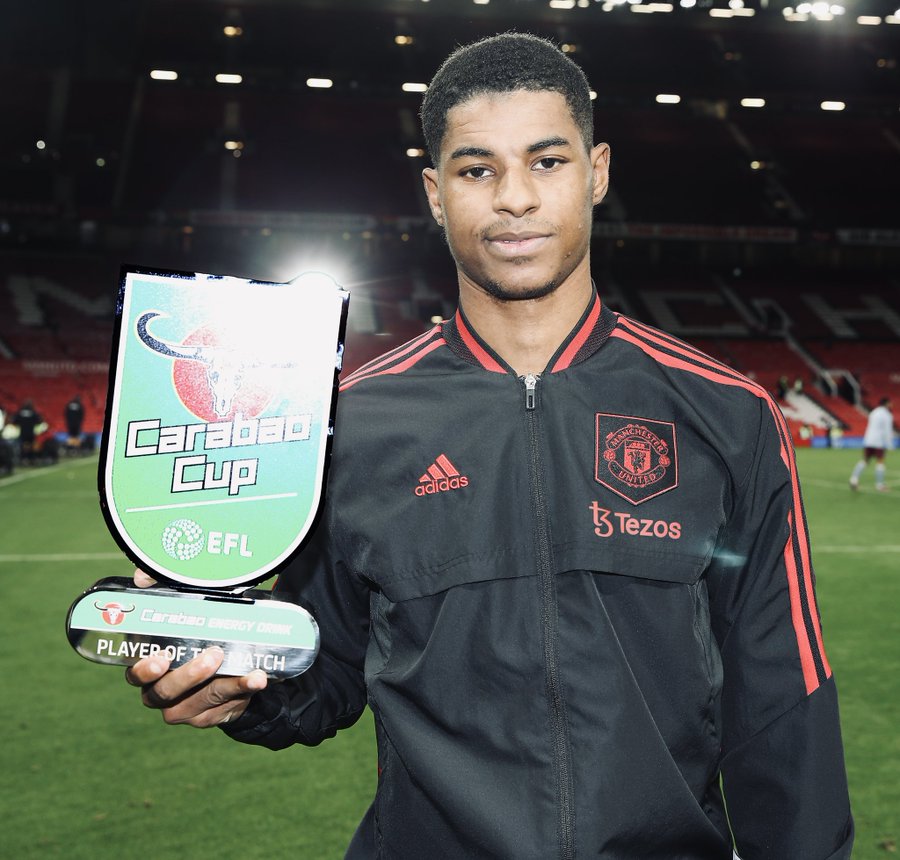 Manchester United beat Aston Villa 4-2 in the third round of the Carabao Cup, twice rallying from a goal down to emerge victorious at Old Trafford.

After a sleepy first half devoid of action, the game immediately burst into life in the second half.

Ollie Watkins opened the scoring in the 48th minute before Anthony Martial leveled the game a minute later.

An own goal by Diogo Dalot off a header from Leon Bailey saw Villa regain their advantage in the 61st minute.

But that lead would last only six minutes before United equalised again, this time through Marcus Rashford.

Erik ten Hag’s men ran away with the game in the final minutes, as Bruno Fernandes and Scott McTominay each scored to secure United’s place in the last 16 of the Carabao Cup.

That’s all for tonight!
Thanks for following along!

Manchester City and Liverpool square off in the pick of the lot, while Eddie Howe faces his former club Bournemouth and Vincent Kompany renews his rivalry with Manchester United as he leads Burnley to Old Trafford.