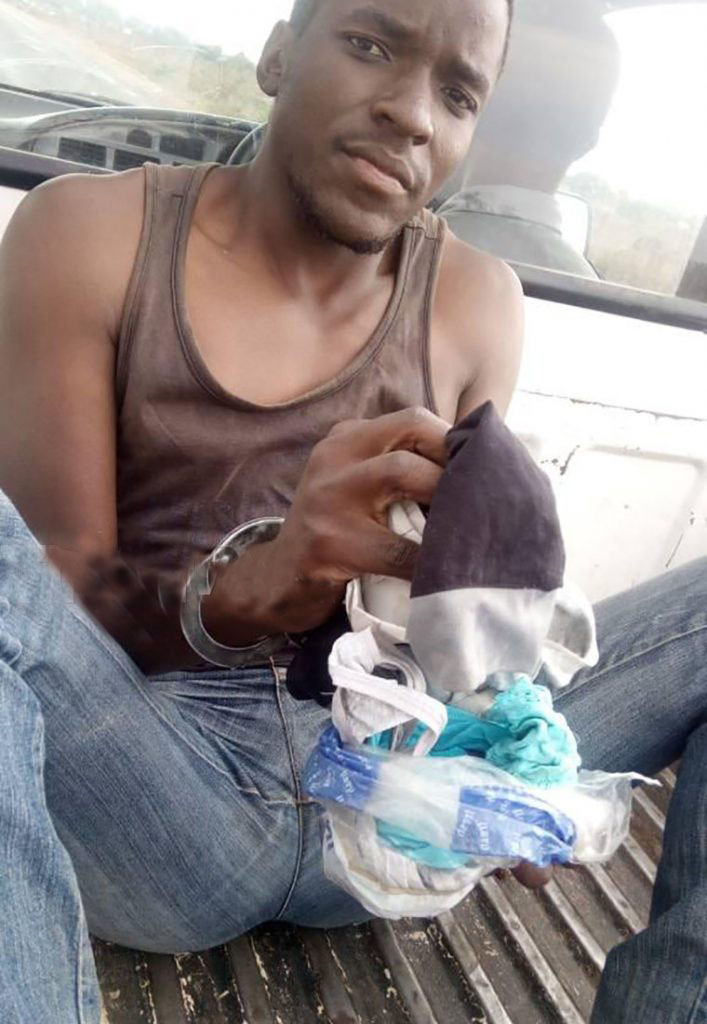 GWERU – A final year journalism student at the Midlands State University who stole female students’ undies from washing lines was spared jail by a Gweru magistrate on Tuesday.

Gracious Rongai, for the prosecution, said a third count had been dropped after police failed to locate the owners of a stash of panties found in Danda’s room.

He told the magistrate that he did not expect his actions to get him into trouble, as he pleaded for leniency.

“I’m sorry, I must have been under the spell of an evil spirit,” he said.

Dube, in sentencing him to perform community service instead of sending him to prison or giving him the option of a fine, said the court had considered that Danda is a final year student and that he has no income.

She also credited him for not wasting the court’s time by pleading guilty.

The court heard that on October 13, Danda went to house number 558 in Nehosho, a neighbourhood of Gweru popular with students, and stole a grey panty on the washing line belonging to 21-year-old Nokuthula Nkomo, a fellow student.

A day later, at about 12.30PM, Danda went to house number 1401, also in Nehosho, where he was seen by Immaculate Cigarete, also a student at MSU, entering the gate.

He proceeded to the back of the house where he stole a blue panty from the washing line and put it in his pocket.

After being confronted by Cigarete on his way out, he told her he was lost. She later discovered the theft and called in the police.

Upon further police investigations, it was discovered that a week prior, Danda had also stolen two other panties at a government flat on 3rd Street in the Central Business District, but the owners of the undies could not be located and the charges were dropped.

Prosecutor Rongai had asked the court to pass a sentence that would “send a strong message that such actions are not acceptable to society.”

“His actions are an abomination to society and usually associated with witchcraft. The court should consider the impact on the victims,” she said.

One of Danda’s classmates, who declined to be named, said everyone who knew him was shocked.

“People in class are just shocked. He is a quiet person; very intelligent and the last person we expected to do such a thing,” said the student.-zimlive.com