Zimbabwe-born boxer Dereck Chisora has branded himself as the “Money Man” and is confident he can agree a British heavyweight rematch with Dillian Whyte this week. 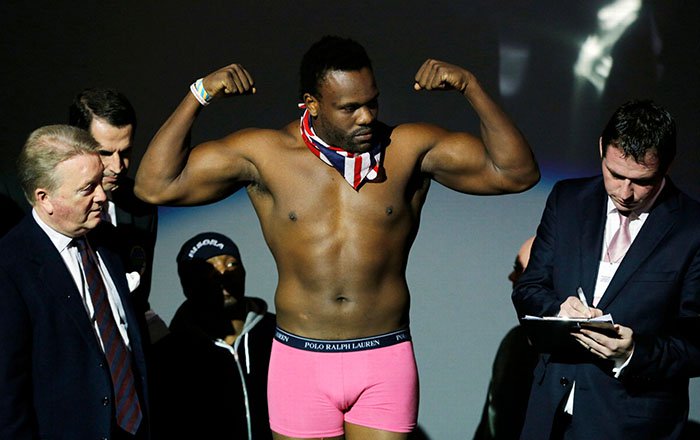 The British rivals are expected to resume negotiations this week over a second fight on December 22, although Luis Ortiz has also put himself forward as an alternative opponent, with the WBC welcoming this bout.

But Chisora, who was born in Harare’s high-density suburb of Mbare before he relocated to England to join his mum when he was a teenager, insists there would be much more public demand for another showdown between him and Whyte.

“Yeah, we’re going to try to do the fight this week,” Chisora exclusively told Sky Sports.

“We’ll see what happens anyway, but we definitely want to make the fight for December 22. By the weekend, and then everything announced.

“We haven’t started (talks), but I believe by the end of this weekend, or we’ll have done it by Friday (today).

“I’m going to smash him. No one wants to see that (Whyte-Ortiz), so I don’t know why he’s talking about Luis Ortiz. I’m the Money Man.”

Last month, promoter Eddie Hearn confirmed that the eagerly-awaited rematch between Chisora and Whyte is set to take place on December 22.

The date will mark two years since their epic first encounter, in which the Body Snatcher secured the win via split decision.

But Del Boy (Chisora) has long maintained that he did enough to edge out the victory, and has been adamant that he will win by knock-out should they face each other again.

And he looks set to finally get the chance to avenge his loss against the WBC Silver champ after Hearn revealed that a December bout is in the making.

When asked who Whyte’s next opponent will be, the Matchroom promoter said: “Chisora, December 22.”

Before adding: “The 22nd would be O2 with Dillian Whyte and Chisora, not done yet.

“Great times. I think there is a real mindset from fighters at every level to be in proper fights.”

While he also revealed he spoke on the phone to Chisora claiming he is set to make a fortune should the fight against Whyte materialise.

He said: “I spoke to Chisora and told him if this happens, you are going to make an absolute fortune.

“And good luck to you. He deserves it. He’s had some wars. That (Carlos) Takam fight was not normal.”

While former WBC cruiserweight champ Tony Bellew could be in action against Ukrainian great Oleksandr Usyk on November 10. — Sky Sports.