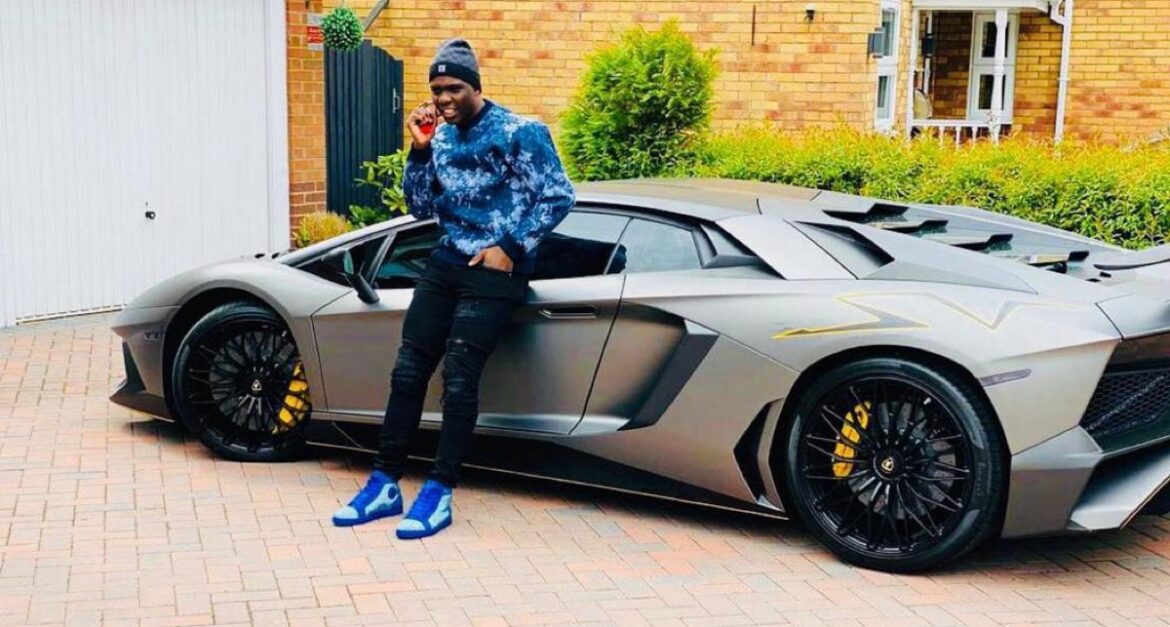 Zimbabwean footballer Marvelous Nakamba is one of the county’s highest-paid footballers and this is evident from his lavish lifestyle.

Born in Hwange and raised in Bulawayo  Nakamba grew up from a poor background where he couldn’t even afford a pair of boots, playing on sandy pitches. But grace located the talented Nakamba who now plies his trade for English Premier League side, Aston Villa.

The Zimbabwean footballer penned a lucrative five-year contract with Villa and Nakamba is reportedly earning £32 500 per week.

Despite being humble, the Aston Villa defensive midfielder owns a million-dollar garage. Nakamba has several sports cars which include Lamborghini Aventador, Lamborghini Urus, and the Mercedes Benz G-Wagon.

Last year in May, Marvelous Nakamba flaunted his brand new Lamborghini Aventador which he bought for a staggering US$400 000.

The Lamborghini Aventador SVJ which is reportedly worth a staggering $425 000 has a top speed of 217mph and accelerates from zero to 60mph in just 2.8 seconds.

Apart from owning the Lamborghini Aventador, Nakamba has also been spotted arriving at his training sessions at Aston Villa in several luxurious vehicles such as a Mercedes Benz CLA-250 Coupe and a Brabus 800 Widestar.

Despite being a footballer, the Aston Villa midfielder has already commenced planning for life after football.

Nakamba has ventured into the printing business and he has opened a printing and design shop in Johannesburg, South Africa.

The shop majors in providing clients with business stationery, banners, and flyers just a few to mention.

One close friend of Nakamba, Alvin Zhakata also revealed that the footballer is planning on opening similar shops in Bulawayo and Harare.