Invictus starts field work in search for oil in Zimbabwe 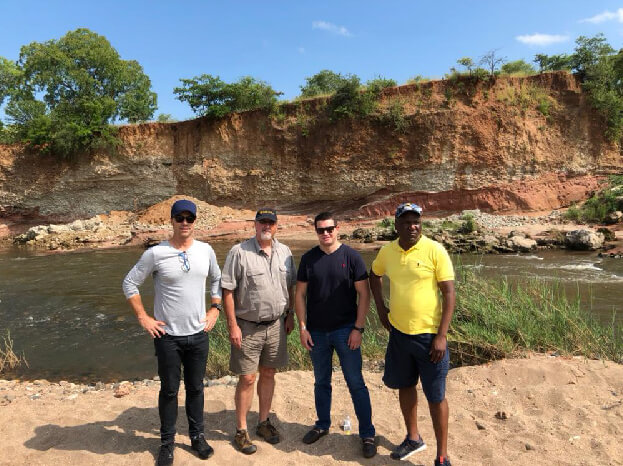 The junior exploration company said it had embarked on the field operations in October following approval of its environmental management plan, easing of Covid-19 restrictions and the completion of the final cultural ceremonies in the Muzarabani and Mbire Districts.

Invictus has made extensive progress reinterpreting data collected by Mobil in the mid-90s and the results of the independent studies have confirmed huge potential for the existence oil and gas in Muzarabani.

“The reconnaissance programme and baseline survey consist of the traversing of the proposed infill seismic lines for a planned acquisition campaign in the 2021 dry season.

“The programme will capture details such as topography, existing access roads, drainage, vegetation cover, soil types, rock exposures, sampling of any natural oil and gas seeps, areas of development (constructions and cultivation), plus any sites of cultural, religious or historic importance,” Invictus said.

The preparatory programme has been implemented prior to onset of the rainy season to map out the routes for the planned seismic acquisition campaign next year and maximise the efficiency of the survey.

“The programme has progressed extremely well to date and is ahead of schedule,” Invictus said.

The Muzarabani prospect has ticked all the relevant boxes to warrant millions of US dollar investment into drilling for oil or gas.

Thus far, US$3,5 million has been invested in preliminary work and processing of the US30 million secondary data set acquired by Mobil in the 90s.

Actual sinking of the first oil and or gas wells in the country will cost something in the range of US$15 million-US$20 million per hole.

Successful discovery of oil or gas in Muzarabani will represent a humongous achievement for the southern African country, often plagued by budget deficits and resource constraints to fund development and key infrastructure projects.

If either oil and gas is found in Muzarabani, the Government will get a share of the production, usually 50-70 percent of the output or proceeds thereof, once the investor has recouped their investment.

Apart from exports and the tremendous job creation potential of the project, the Muzarabani oil and gas project would also bring about a cocktail of downstream benefits in the form of new industries, energy security infrastructure development.

Oil and gas resources are a principal source of public revenues and national wealth for the governments of net oil-exporting countries.

As a major source of wealth and energy in Africa and entire world, oil and gas resources are critical for economic growth, development, and good governance.

The company said its farmout (engagement of partners to drill for oil/gas) process for the Cabora Bassa (Muzarabani) Project continues and active discussions with multiple parties are ongoing.

The project has passed technical review/assessment and is now undergoing commercial evaluation, above ground due diligence and detailed forward programme costing (including drilling cost) with the respective farmout parties.

The completion of the commercial evaluation including in-country due diligence has been hampered by the Covid-19 travel and border restrictions in place in Zimbabwe and the wider region as well as the volatility in the oil market.

The company said it is working with the respective parties to finalise all the outstanding requirements as far as practical.