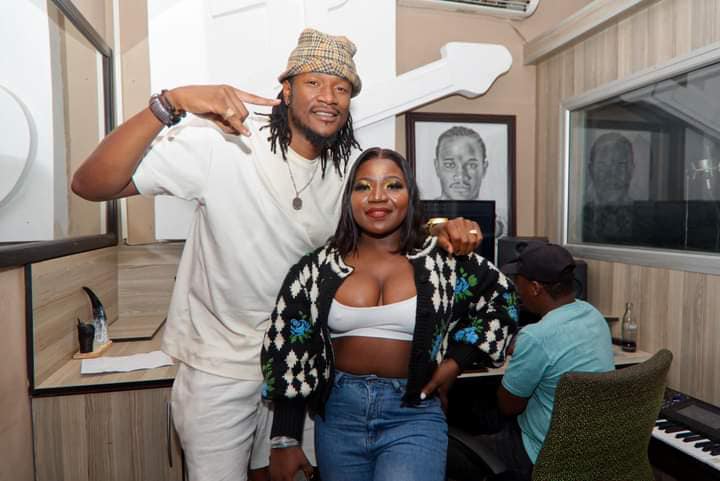 Earlier this year, the pair recorded a yet-to-be-released single when she came for the JamAfro Festival held at Alex Sports Club.

After her performances, Makhadzi begged Jah Prayzah for a collabo and the two camps met and mapped a way forward.

Later this month, Makhadzi is expected back in Zimbabwe where she is set to tour the country.

“Makhadzi fell in love with Zimbabwe when he came here for a show early this year.

“She expressed her desire to work with Jah Prayzah on a music project and they seem to have formed a pact.

“During her visit, we are going to host her in Kadoma at the Odyssey Hotel, come October 22.

The award-winning promoter said Makhadzi’s visit was also part of their efforts to market Kadoma.

“A number of promoters tend to host international acts in big towns like Harare and Bulawayo.

“Small towns like Kadoma, Chinhoyi and Masvingo can also host big stars if all the logistics are in place.

With all eyes on the pair, said Dee Nosh, fellow artists need to copy from the duo and see the power of synergies.

Last weekend, Freeman showed the power of synergies when he collaborated with Chris Martin in one of his songs off the album David & Goliath.

The Cheaters Prayer star flew to Zimbabwe and made a guest appearance at the show.

The same is expected for Jah Prayzah and Makhadzi.-Hmetro