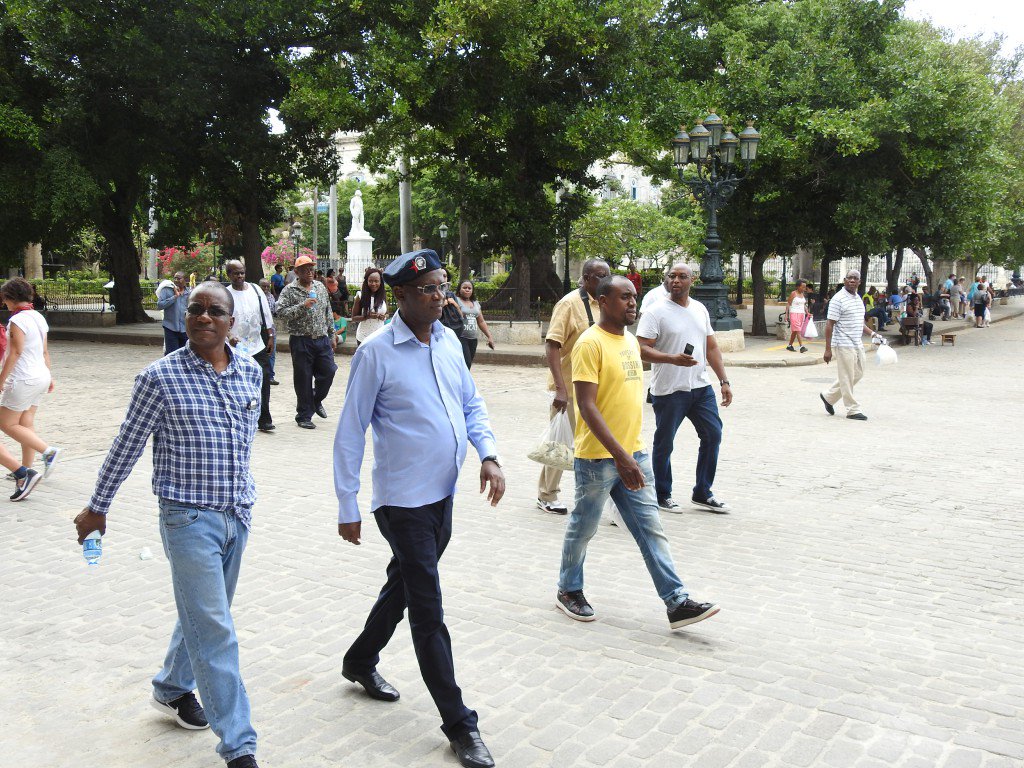 NAIROBI, – Police in Kenya arrested Jonathan Moyo, a minister who served in Robert Mugabe’s government on Wednesday , the country’s head of the Directorate of Criminal Investigations (DCI) said.

Jonathan Moyo, a former Zanu PF Politburo member and cabinet minister , was arrested in the capital, Nairobi following a high–speed police car chase  , George Kinoti, the head of the DCI, told theZimbabwenewslive.com in a text message late on Wednesday, adding that the arrest was “the biggest gift” for President Mnangagwa this year.

Moyo is accused of having an involvement in the attempted assassination of Emmerson Mnangagwa during 2017 ‘poisoned ice-cream’ plot and had reportedly been hiding at his in-laws compound in Kenya for nearly 4 years. Mnangagwa, who was vice president at the time, had eaten ice-cream at a political rally .

At the time, Mnangagwa and the first lady were locked in a bitter battle to succeed the then ageing 93-year-old president, with hostilities erupting in public after years of behind-the-scenes plotting.
The struggle was ultimately won by Mnangagwa who was inaugurated as president on Friday after a military takeover and mass street protests which quickly brought about Mugabe’s departure.
The ice-cream scandal was one of the more colourful details of the extraordinary fall of Mugabe, whose 37-year reign came crashing down over his efforts to promote Grace as his heir.

Mnangagwa was taken seriously ill after eating at the rally and had to be urgently flown to neighbouring South Africa for emergency treatment with his life apparently at risk.
Grace on the attack
Soon afterwards, Grace Mugabe waded into the scandal, launching one of her trademark verbal fightbacks against the vice president who for decades had been one of her husband’s closest allies.

“How can I kill Mnangagwa?” Grace mockingly told guests at the launch of a new bank.

“I am a wife of the president. Who is Mnangagwa on this earth? Who is he? I want to ask, what do I get from him?

“Killing someone who was given a job by my husband? That is nonsensical.”
The alleged poisoning took place in the southern town of Gwanda on August 12, 2017 at one of a series of ZANU-PF party “youth rallies” at which Mugabe spoke ahead of elections next year.

State media admitted Mnangagwa suffered severe vomiting and diarrhoea at the event, but said that doctors suspected that food which had gone off was to blame.

Mnangagwa and his wife were later seen at other public occasions refusing to eat food served by waiters.

Last year The Zimbabwe National Prosecuting Authority (NPA) wrote to the Kenyan government seeking assistance in the extradition of Moyo from the east African country to Zimbabwe to face trial for corruption.

Moyo is also facing 14 charges of fraud, rape , criminal abuse of office, and money laundering charges with the State accusing him of misappropriating US$244 575 from the Zimbabwe Manpower Development Fund (ZIMDEF).He is jointly charged with four others — Godfrey Gandawa, a former higher education minister, Fredrick Mandizvidza, Shepherd Honzeri, former personal assistant to Moyo, and Nicholas Mapute.

The Zimbabwe Anti-corruption Commission (Zacc), in conjunction with the Zimbabwe Republic Police (ZRP), Also issued a warrant of apprehension against self-exiled Moyo later in 2020.

Moyo was jailed following his arrest on Wednesday. The jail authorities will complete procedures for his exradiction, but it was not immediately clear when.

When contacted for a comment Permanent Secretary in the Ministry of Information, Publicity and Broadcasting Services Mr Ndavaningi ‘Nick‘ Mangwana said “Moyo must answer several questions,” adding that further questions should be directed to Home Affairs Minister Kazembe Kazembe.-FOOLSDAY