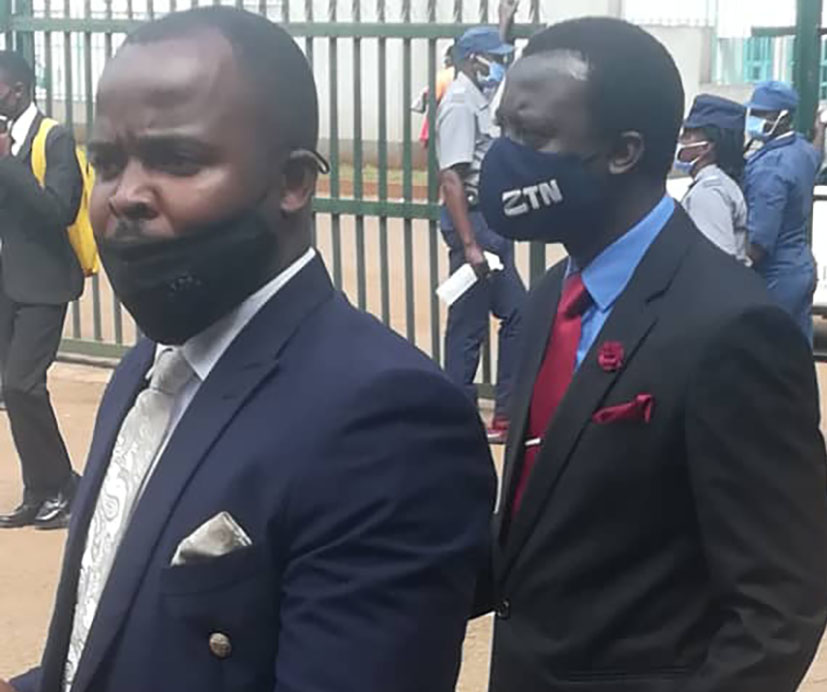 The 40-year-old was freed after depositing Z$2,000 bail with the clerk of court following the granting of bail by Justice Webster Chinamora of the Harare High Court.

The journalist has not been asked to plead to a charge of aggravated sexual assault.

Mukondiwa, of Mordon Place in central Harare, is accused of raping a 19-year-old Upper Sixth student after plying him with alcohol.

The National Prosecuting Authority (NPA) alleges that Mukondiwa forced himself on the student who had gone to his house needing help to pay his school fees.

The alleged victim, an orphan, had posted on Facebook that he was down and out and needed assistance.

Malvern Mapako, for the NPA, told the court during Mukondiwa’s initial court appearance that a woman in the United Kingdom – Tsungai Mutasa – responded to the student’s plea in February this year. She further advised the student that he had to go to Mukondiwa, who would assess his needs and advise her in return.

On March 2, the alleged victim visited Mukondiwa’s residence at the corner of Selous Avenue and 7th Street and found him in the company of two other men “watching gay movies.”

Mukondiwa allegedly offered the student wine which he took after some persuasion. Mukondiwa and the alleged victim later proceeded to a shebeen where they watched football and continued drinking until about 11PM, before returning to the journalist’s residence.

Mukondiwa, the court heard, showed his visitor a bed to sleep for the night. Sometime during the night, Mukondiwa allegedly stripped naked and jumped into the same bed and sexually assaulted the 19-year-old.

The journalist will appear in court on April 12 for routine remand.

ZTN, which has been broadcasting online, was awarded a free-to-air television licence last November. Mukondiwa, a former deputy editor of the tabloid H-Metro, has emerged as the star of the network.-zimlive