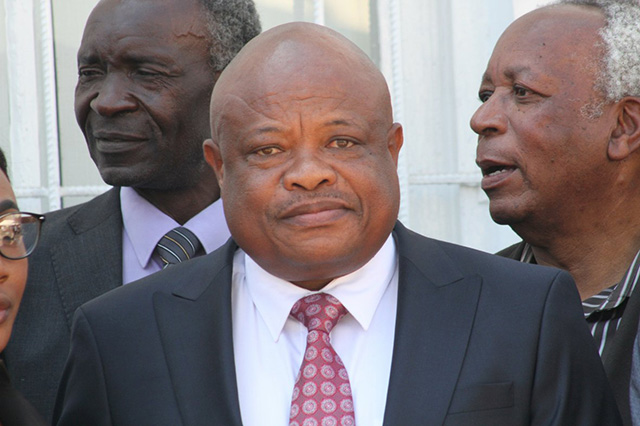 The urgent application in the High Court by the executive director of an NGO to have Chief Justice Luke Malaba found in contempt of court and jailed is now being heard by just two judges after Justice Webster Chinamora recused himself from the original three-judge bench citing professional reasons.

Following his recusal, the remaining two judges Justices — Amy Tsanga and Slyvia Chirawu-Mugomba — took a brief adjournment to decide whether to proceed with a two-judge panel. The two later agreed to continue with the hearing, but the counsel acting for Chief Justice Malaba could not agree and sought leave to appeal to the Supreme Court against the decision.

The two judges saw no prospects of success on appeal and ordered the hearing to proceed.

All the parties through their legal counsel made their submissions and the two judges reserved judgment to next week.

Most High Court hearings are undertaken by a single judge.

The legal dispute was sparked by the return of the Chief Justice to work on the strength of appeals being noted to the Supreme Court challenging the 15 May High Court decision that neither Chief Justice Malaba nor any other then sitting judge of the Constitutional or Supreme Courts had the option laid out in the latest constitutional amendment to extend their term of office until they were 75.

The ruling was made on the Chief Justice’s 70th birthday, so he promptly stood aside. But once appeals were noted by the Attorney General and the Minister of Home Affairs and Cultural Heritage the following week, he then followed the standard legal procedures, that noting an appeal stays a judgment, and returned to work.

This upset the executive director of Forum, Mr Musa Kika, who as one of the applicants in the original urgent application rushed to the High Court seeking the finding that the Chief Justice was in contempt of court and seeking a six-month jail term, although he is prepared to see that suspended so long as the Chief Justice stands aside.

But in his response through counsel, Chief Justice Malaba asked the High Court to reject the application for his arrest on contempt of court charges, arguing that he is lawfully in office.

Zodwa Wabantu opens her own mortuary