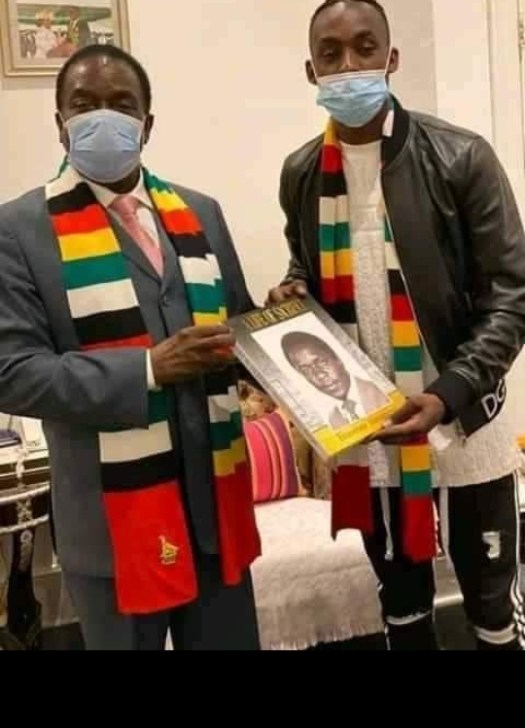 Speaking to Nehanda Radio, Kadewere indicated that he is confident of a victory.

He will not be the first one in his family to join the ruling party as he says his parents were staunch ZANU PF supporters.

According to Kadewere, he is not a novice on the political scene.

“I started politics in 2013 when I used to be a runner for a number of government officials and other politicians. I was sent in different places,” he said.

The brother to the Olympique Lyone’s forward is contesting for Ward 24 Highfield East, Harare nominee councillor for ZANU PF ahead of the by-elections slated for March 26

The by-elections seek to fill in 28 National Assembly vacancies together with 105 local authority seats of individuals, most of whom were sacked by the Douglas Mwonzora led MDC faction.

A campaign poster of Kadewere clad in ZANU PF regalia and raising his fist – the ruling party symbol – is already circulating on social media.

Meanwhile, his younger brother, Tino, was part of Zimbabwe senior men’s football team which ended its Africa Cup of Nations campaign prematurely from consecutive defeats by Senegal and Malawi.

The Warriors only redeemed themselves last night with a 2-1 victory over Guinea through goals from Knowledge Musona and Kudakwashe Mahachi.

Besides the Warriors’ victory, the country also enjoyed two other wins from the senior men’s cricket team and senior women’s hockey team.