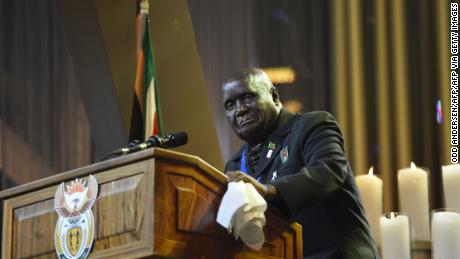 Zambia’s founding father, Dr Kenneth Kaunda has been laid to rest in the capital Lusaka at a ceremony attended by close family members as well as former President Rupiah Banda and former Mozambican leader Joaquim Chissano.

A towering figure in African politics, a great statesman and father, Dr Kenneth Kaunda was given a befitting send off at a ceremony that saw speaker after speaker describing him as a man committed to the freedom of not only his country but Africa as a whole.

Family representative Mr Siyanga Shimabale said the Kaunda family is indebted to government and the people of Zambia for the honour bestowed upon their family.

The burial of the African liberation icon at the Presidential burial site in Lusaka also saw the unveiling of a tombstone in honour of the icon bearing the African fish eagle, the national emblem of Zambia after the declaration of April 28 as a national holiday.

Dr Kaunda died on the 17th of last month after being treated for pneumonia. His casket was moved around the country to give the public an opportunity to pay their respects, following the declaration of a 21-day period of national mourning.

He was Zambia’s first president at independence from Britain in 1964 following a landslide election victory with UNIP.