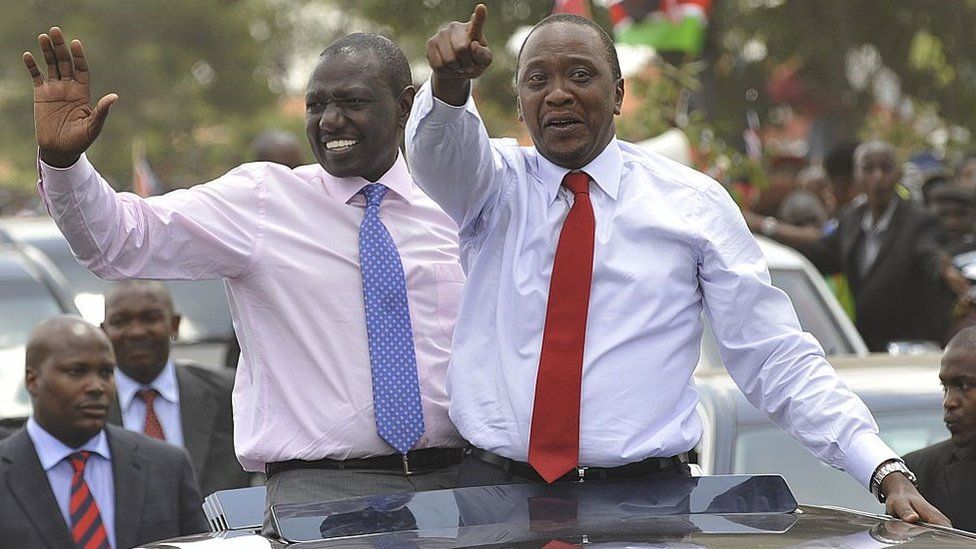 With almost half of the results from Kenya’s presidential election now confirmed, the two main candidates are running neck and neck.

The electoral commission head has admitted that announcing the result of Tuesday’s election has been too slow.

The verification of results has been stopped several times after complaints by supporters of the main candidates.

On Saturday night, Mr Odinga’s supporters entered a restricted area and accosted electoral officials, accusing them of tampering with the vote.

Mr Odinga’s chief campaign manager was able to get to the lectern used by top electoral commission officials, where he criticised the result verification process.

“I want to announce to the nation that Bomas of Kenya is a scene of crime,” said Saitabao Ole Kanchory, before the microphone was switched off and he was led away. Bomas is the name of the cultural centre in the capital, Nairobi, which is being used as the main tallying centre.

Mr Ruto’s supporters accused their opponents of interfering with the tallying process.

Riot police have been deployed inside the building to reinforce security.

There have been calls for peace from several leaders and bodies including the Catholic church which asked for “patience and civility” and urged the main candidates to show “restraint and statesmanship” as anxiety grows.

“I want to become an instrument to bring peace, to heal, unite and keep the hope alive in our country,” Mr Odinga said on Sunday morning at a church service in Nairobi, his first public remarks since election day.

Mr Ruto also attended a church service on Sunday, and urged Kenyans to exercise restraint. “We ask all of us to be patient with all the processes that are going on at the moment and to pray for the IEBC [electoral commission] so that they can complete this exercise in the manner in which we voted,” he said.

The results of 141 of the 292 constituencies have now been confirmed, according to a BBC tally of official announcements.

Media organisations have been releasing provisional tallies using official data from the 46,000 polling stations. They also show a tight race. About 14 million votes were cast – a turnout of 65%.-BBC