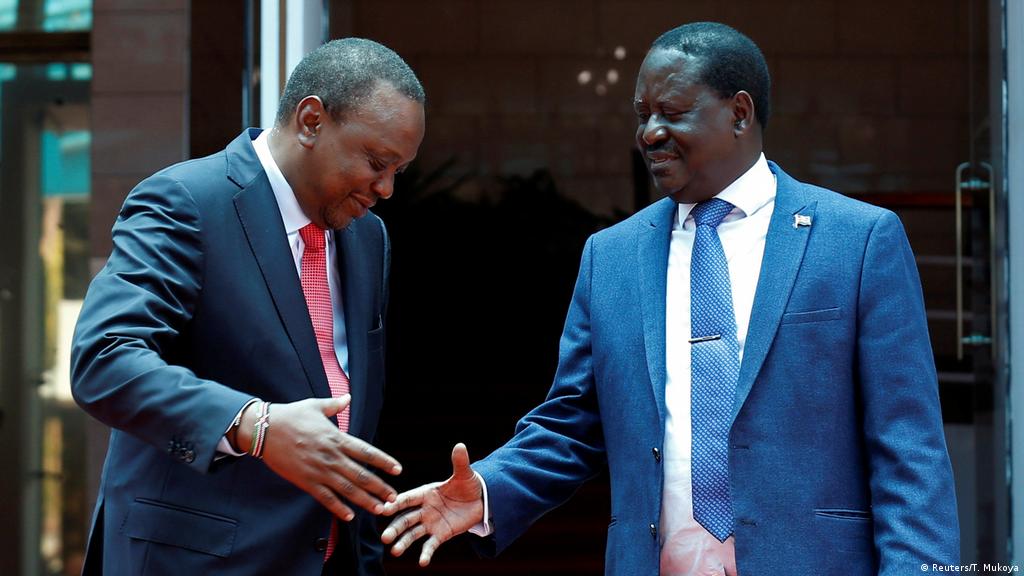 Addressing delegates of the Mt Kenya region last week, Kenyatta urged his community to support Odinga, saying he has the best interests for the country.

Kenyatta snubbed his Deputy President William Ruto and decided to back an opposition leader, Odinga.

He said he will have no problem supporting Ruto in future if he reforms. Said, Kenyatta:

I’m asking you to support Raila Odinga as he means well for the Country. When ‘my young man reforms’, we will consider him.

This is the first time President Kenyatta was publicly telling his community that the ODM leader was his preferred successor.

He told the Sagana III meeting that Odinga was the best fit not only for the Mt Kenya region but Kenya ta large.

He was the main opposition candidate in the 2007 presidential election, running against the then incumbent Mwai Kibaki.

In the subsequent presidential election 5 years later, Odinga came out second against Kenyatta.

He made another attempt for the presidency in August 2017 against Kenyatta.

The electoral body declared Uhuru Kenyatta the winner with 54% of the votes cast to Odinga’s 43%.

However, the outcome was eventually annulled by the Supreme Court following findings that the election was marred by “illegalities and irregularities”.

A subsequent fresh election ordered by the Court was won by Kenyatta when Odinga declined to participate citing inadequate reforms to enable a fair process in the repeat poll.

Francis Gudyanga to pay back the money