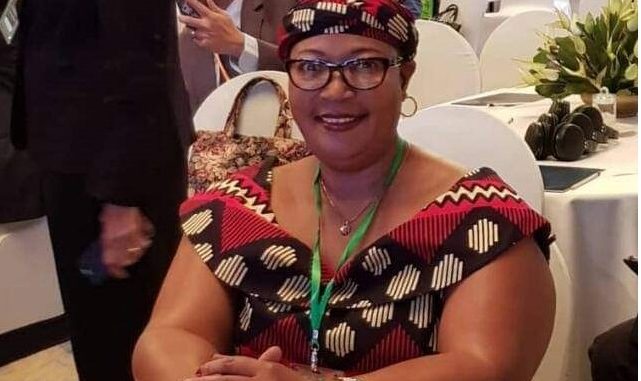 The government on Friday gave MDC-T leader Thokozani Khupe $7,4 million, insisting that she is the legitimate leader of the main opposition in Parliament despite ongoing court disputes about her status, it has emerged.

Khupe is claiming the leadership of the MDC Alliance legislators despite the fact that the party contested against her MDC-T outfit in the 2018 elections.

She argues that her party is entitled to funding through the Political Parties (Finance) Act and the government has obliged by oiling her machinery with the $7 492 500 due to the MDC Alliance.

Justice minister Ziyambi Ziyambi confirmed that the money was deposited into the MDC-T account controlled by Khupe and her allies.
“That was gazetted and it will tell you who got what,” Ziyambi told The Standard.

“Why is there an outrage? I paid what was gazetted and those who were not paid are not entitled to anything.

“We followed due process and we gazetted, so surely, that is what it is.

“They cannot use us to clean their house.

“They must simply follow the law and they must sweep their house alone and not find someone to come and clean their house.”

In May, High Court judge Justice Nyaradzo Munangati-Manongwa granted the MDC Alliance an interim order barring the government from releasing the money to Khupe’s faction until the courts resolved disputes over who controls the legislators in Parliament between the two factions.

The MDC Alliance had argued that it was entitled to the money because it was the one that sponsored the legislators in the last elections, not Khupe’s MDC-T.

The government is yet to respond to the MDC Alliance’s lawsuit.

Khupe’s faction appealed against the ruling and it says it was entitled to receive the money because the appeal suspended the interim judgement.

“Yes, I can confirm that we did receive our money last Friday,” MDC-T spokesperson Khaliphani Phugeni said.

“That judgement which interdicted us was appealed against and that has the effect of suspending it.”

Charlton Hwende, the MDC Alliance secretary-general, described the move by government as illegal. He vowed that the Nelson Chamisa-led party would go to court over the matter.

“What we are going to do is, first, we will make a police report because obviously someone is abusing his authority as a government official by disbursing funds that were properly gazetted in terms of the budget to a political entity that is not entitled to those funds.

“That is a clear case of abuse of office and public resources.”

Hwende said it was “absurd” that a party that only won two seats in the previous election was being given money ahead of MDC Alliance that got more than 103 seats.

“We have also referred the matter to [Parliament’s] public accounts committee because it relates to money that was budgeted for, money that was gazetted for and the money, which is now being abused to achieve a political objective,” Hwende said.

“The political objective is being pursued by government, that is, to dismember the MDC Alliance as a political party.

“They can do that with Douglas Mwonzora [MDC-T interim secretary-general] and crew, but they can’t abuse public funds.”

Chamisa accuses President Emmerson Mnangagwa of working with Khupe and Mwonzora to destabilise the MDC Alliance because he is still bitter over the 2018 elections results.

The opposition says Mnangagwa lost the elections and used the military to overturn the results.

Khupe claimed the leadership of the MDC Alliance after the Supreme Court ruled early this year that she was the legitimate successor of the late Morgan Tsvangirai as MDC-T leader.

Chamisa, on the other hand, argues that the MDC-Alliance has nothing to do with Khupe’s faction.

Some MDC Alliance leaders such as Mwonzora, Morgen Komichi and Elias Mudzuri have joined hands with the former deputy prime minister and took over the opposition’s headquarters in Harare.