Kikky Badass Speaks On Her Divorce 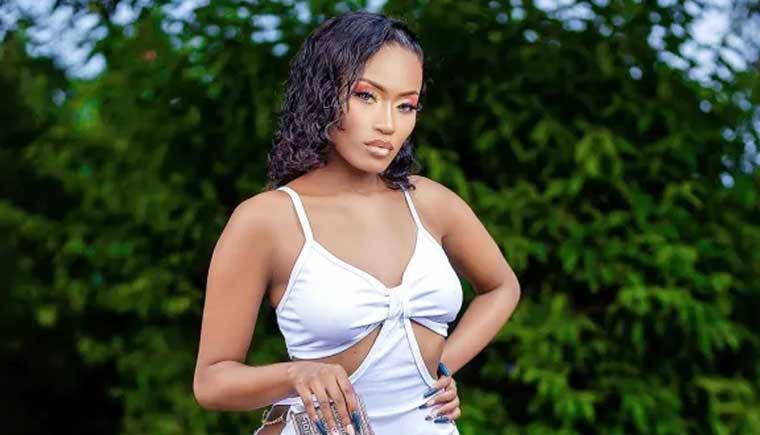 Controversial and raunchy rapper Kikky Badass, born Christabel Mahlungwa, who had a very short stint in marriage says she divorced her husband because marriage was not working for her.

Recently rumours started circulating that she had divorced in less than three years.

Speaking in an interview on Star FM recently, Kikky revealed that she was the one who ended the marriage at a time when the couple was planning their white wedding.

“I was married customarily and we were actually planning our wedding,” she said.

“I have never put my relationship on social media and if I had done people would have known when things started to go wrong.

“I appreciate growth and it wasn’t growing into what I expected. I like someone who is strong-minded like I am.

“They will always be conflict because you cannot dictate how I should run my life.

When the rapper got married she said her husband was supportive of her musical career.

“I am very happy I found love, it has been God. I am also grateful to my parents. They took care of me up to where I am, I owe them a lot,” she said.

“My hubby is supportive and I won’t quit music, in fact I will be making more music with the support of my husband.”

Kikky revealed that she is now in a relationship with someone else whose identity she declined to reveal.

She said she would want to get married again if a chance comes.

“Definitely I would want to get married again, I believe in the marriage institution. The problem is what we are getting these days is different,” she said.

The rapper, who was raised by church elders in ZAOGA, said she was once put under disciplinary action when she released the video to body conversations.

Body Conversation is a raunchy music video, which she exhibits sexual scenes in a lingerie that leaves nothing to imagination.

Kikky left tongues wagging after starring in Enzo Ishall’s Magate video, where she gyrates, with her bums wrapped in a linen cloth, leaving little to imagination.

Her dance routines also divided opinion, with many saying it was immoral and not fit for local television. Speaking to our sister paper NewsDay, Kikky said she didn’t care much about morals that are preached by many.

“I don’t care about how they define morals,” she said.

“It was okay for our ancestors to wear skimpy animal stuff, but it is not if I am being creative in my videos.

“I have my principles and cannot be told about morals by hypocrites.

“The good thing about it is that my family supports me to the fullest.”

Recently her controversial video of Simudza Gumbo hogged the limelight.