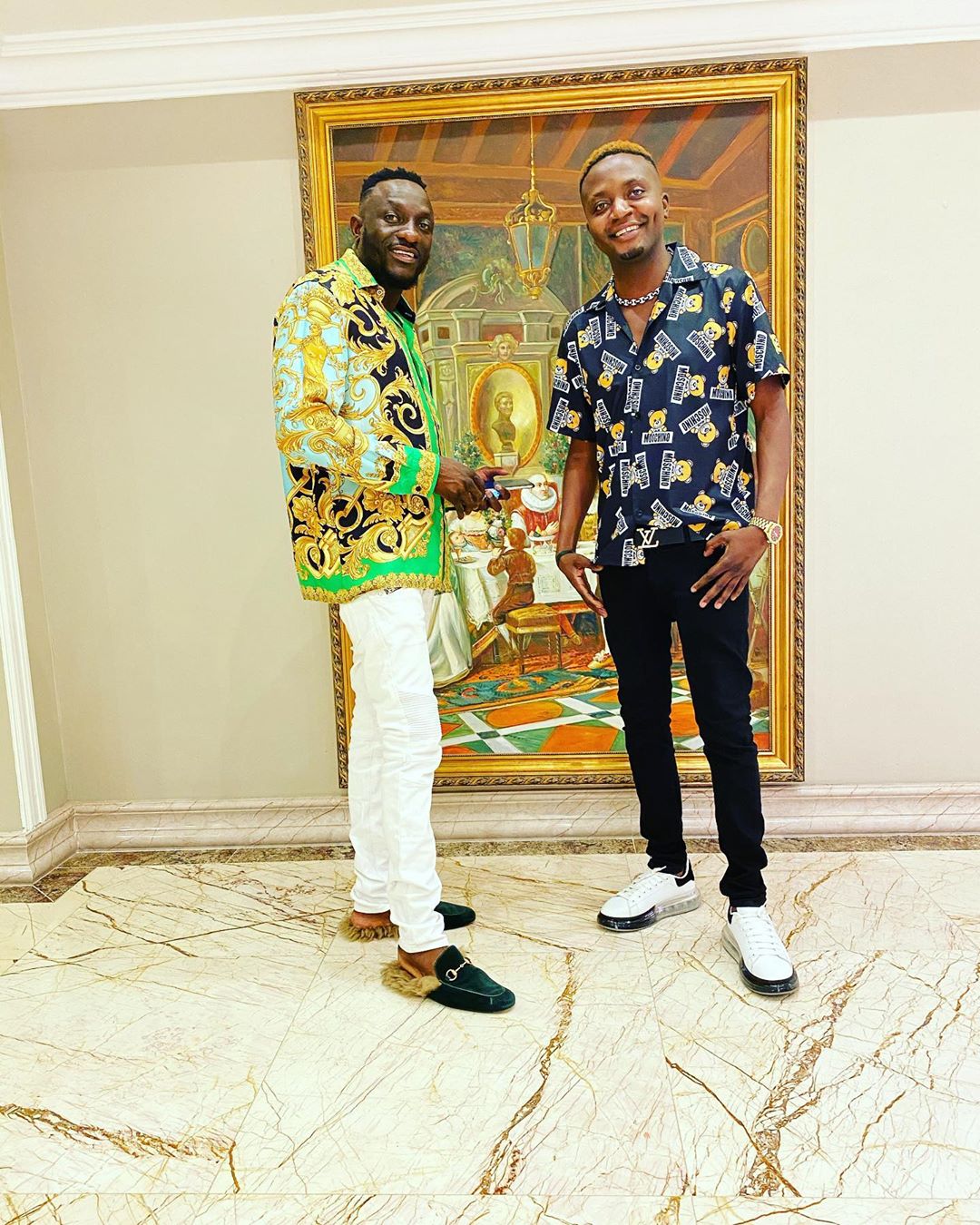 ZIM dancehall artist, Killer T, does not even sleep in his own house he bought and built in Aspindale Park. This was revealed following his arrest for obstructing other motorists and driving an unregistered car in the surbub.

Killer T displayed some wayward behaviour when he blocked the entrance and exit from a complex where he lives in Aspindale Park, affecting a number of workers and schoolchildren.

Residents at the complex revealed that the musician doesn’t sleep at his house at all as he usually leaves at 6 PM and only returns in the morning every day.

“He usually leaves at about 6 to 7 in the evening and comes back in the morning,” said the resident.

“He comes back home at about 5am every morning, spends most of the day sleeping and leaves at around 6 and 7pm.”

Sources said he usually spends his night at a house along Chihota Street in Mbare.

After causing a commotion at Aspindale Park, Killer T was taken to Marimba Police Station, where he was fined.Killer T (Left)

It took more than six hours for the singer to return home after paying the fine and buying vehicle registration plates, H Metro Reports.

“He was fined for that offence as well as driving a vehicle without registration plates.”

Both his Mercedes and van, the two cars he used to block both points in and out of the complex, did not have registration plates.

“He has been driving that Benz for about two years now and, as long as we remember, it never had registration plates,” said a resident.

“Maybe, he thinks he is above the law and that is why he gave us a really tough time today (yesterday).

“He boasted that he had more money than all the residents and took US$4 000 from his pocket, challenging anyone, who had similar cash, to display it.”