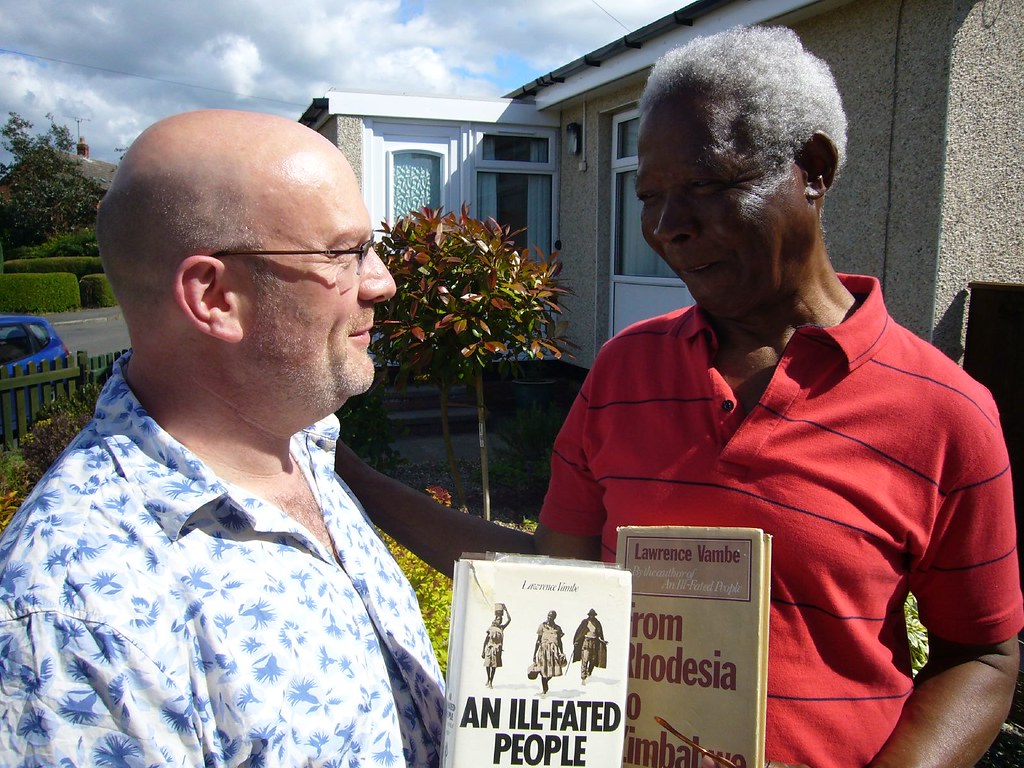 Lawrence Vambe, who went to school with Robert Mugabe in Zimbabwe, was awarded an MBE by the Queen in 1959

LAWRENCE Vambe, a journalist who went to school with Robert Mugabe in Zimbabwe and rubbed shoulders with some of the biggest names from the African literary world, has passed away at an Islington care home.

He was 102 and until recently in good spirits and health considering his vast age.

His first book, An Ill-fated People, is the story of his early life in Southern Rhodesia and his growing awareness of a soaring need for change.

At the time the country’s small but powerful European community got rid of its respected Prime Minister Garfield Todd and put in his place a few years later, Ian Douglas Smith who, in November 1965, declared his country’s “independence.”

The foreword to that seminal work was penned by the late Doris Lessing who wrote: “It was pain­ful reading this book. I hope it will be painful for other white people to read it.”

His second book, From Rhodesia To Zimbabwe, was published in 1976.

“Lawrence has enriched all our lives,” said Judith Todd, the daughter of the late Sir Garfield and Lady Todd. “He was one of the Commonwealth’s great journalists, authors and historians,” said the veteran writer Pius Wakatama.

Mr Vambe was born in 1917. His mother died soon after his birth and he was brought up by German nuns at Chisha­washa Mission outside Salisbury, now Harare.

He took up journalism as a young man.

He was a strong sup­porter of the Common­wealth and was awarded an MBE by the Queen for his services to “the club” in 1959.

Mr Vambe attended the same Jesuit/Marist Brothers-run Kutama College in West Mashonaland as Robert Mugabe and for decades they were friends until the Zimbabwean leader’s attacks on Africans in Matabeleland from 1983-87 and then white farmers after 2000.

Mr Vambe returned to the UK, first to live along the border area between Wales and England with his wife Mary. After her death, he moved to London where he lived with one of his daughters and son-in-law at their home in Islington.

He then moved to the Cheverton Lodge care home in Archway.

In the 1950s Lawrence became editor in chief of the Daily News, which championed black rights in white-run Rhodesia.

He rubbed shoulders with all the men who went on to shape literary tradition in Zimbabwe, including Stanlake Samkange, Ndabaningi Sithole, and Kingsley Dube.

In 1980s he was one of the founders of the ­Zimbabwe-Britain society and throughout his life he was a devoted Roman Catholic.

He died on Saturday.