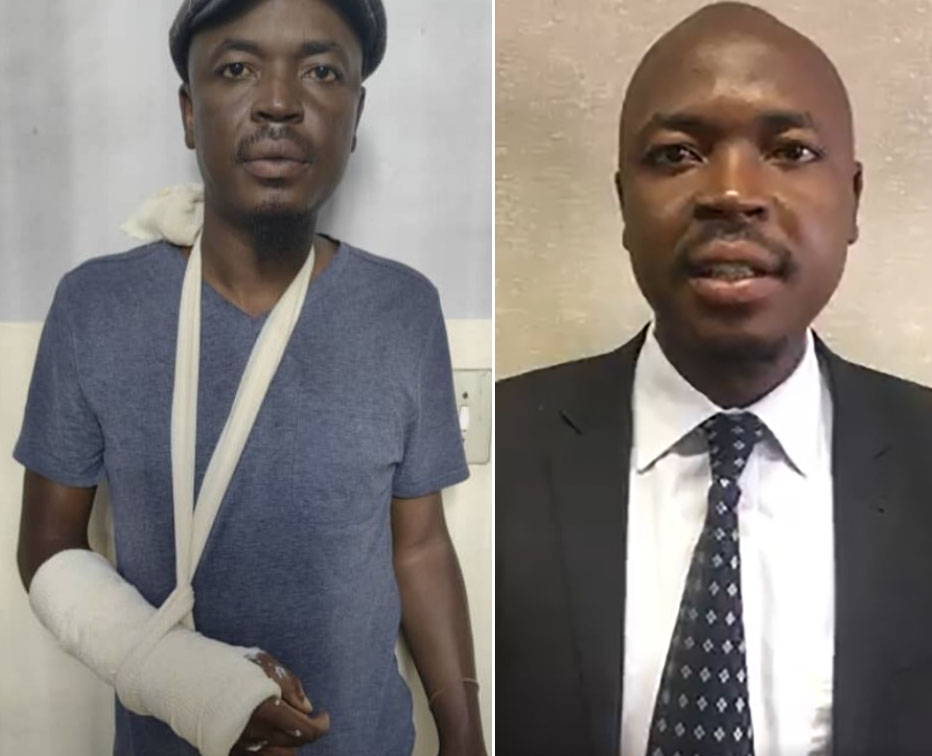 This is after the human rights lawyer had visited a police station to file a report for assault by police in Harare’s Budiriro suburb on Saturday.

Kadzere was beaten up in a run in Saturday while attending to Citizens Coalition for Change (CCC) organising secretary Amos Chibaya and some 24 party activists who had earlier been arrested for holding an unsanctioned meeting at CCC legislator Costa Machingauta’s home.

The Zimbabwe Lawyers for Human Rights said Sunday their member was arrested as he tried to report his assault by some police officers.

“Our member lawyer Kudzayi Kadzere, who is a victim of police brutality, has been arrested by police as he together with his lawyer Nontokozo Dube-Tachiona, was in the process of filing a police report for assault. ZRP are alleging that Kadzere escaped from lawful custody & also accuse him of criminal nuisance,” ZLHR said.

Kadzere was later released with the assistance of his lawyer but will appear in court on Thursday answering to charges of criminal nuisance.

Narrating his ordeal earlier, Kadzere said he sustained a fractured hand as a result of the police attack.

“My car was blocked by riot police who started beating me up using truncheons and fists.

“They said I was taking pictures.

“It’s sad that not only my rights have been infringed but also the rights of my clients to access their lawyer.

“I’m on my way to see an orthopaedic surgeon, bone doctor; I’m in pain,” he said.

The attack on the legal practitioner has also been condemned by the Law Society of Zimbabwe.

The police raid at Machingauta’s home saw the lawmaker’s wife and daughter also being assaulted by some anti-riot police.