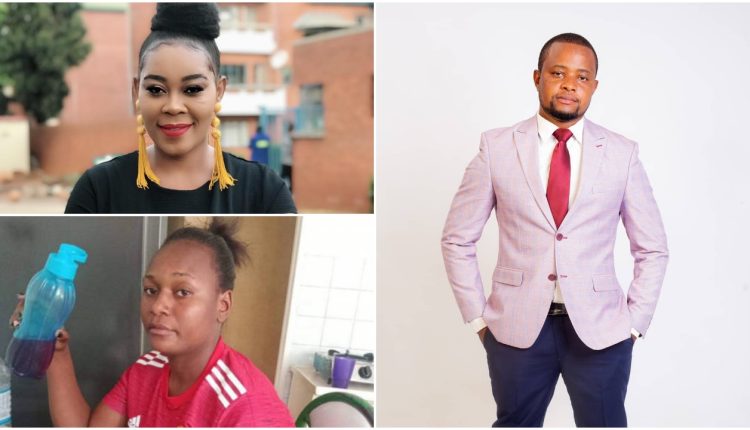 In what appears to be an egregious breach of trust, someone leaked an audio recording from a family meeting in which socialite Madam Boss seems to have suffered a breakdown.

Madam Boss, real name Tarisai Chikocho, has been going through a rough patch since her husband, Ngoni “Mhofu” Munetsiwa’s adulterous antics were exposed.

An emergency family meeting was held as family members tried to help the couple find ways of salvaging their marriage.

During this meeting, Madam Boss reportedly collapsed after her husband Ngoni Munetsiwa, begged her to allow his pregnant lover, Evangelista Zhou, to remain at their matrimonial house in Seke, until she finds alternative accommodation.

During the meeting, Munetsiwa and his sisters tried to persuade Madam Boss to give her husband’s mistress a grace period to stay at her Seke home. In return, Munetsiwa would convince his lover to drop the protection order application against Madam Boss.

Someone has since leaked an audio recording of the family meeting in which Madam Boss reaches her breaking point.

In the leaked audio, Madam Boss lets out heartbreaking cries as she says she cannot take it anymore.

The reactions to the leaked audio have been overwhelming, with fans commiserating with Madam Boss. They expressed their sympathy for Madam Boss’s pain and heartbreak.

They were also outraged that someone would record a private and sensitive family meeting and then leak it to the media.

“I wonder who is recording this while someone is in distress.”

“Aint this clout chasing … how can you record somethn like this.”

“It shall be well soko, you are a hard working woman, don’t let this distract you from working for the future of your child, kana zvarema zvichirwadza sei better kubuda mumarriage macho if you are not being respected and appreciated.”

“Sorry Tyra hang in there!! This is heartbreaking ana bhangu ava.”