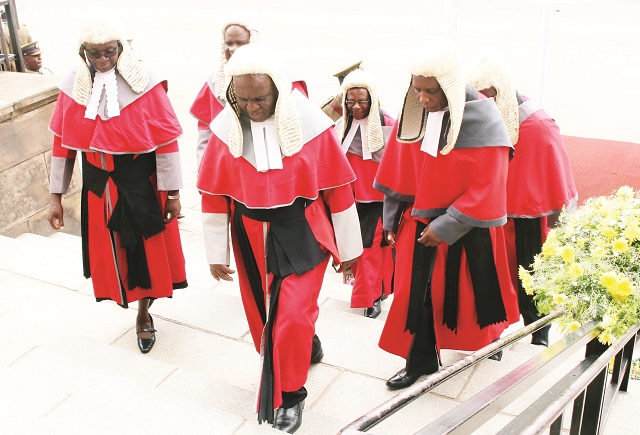 A schedule of payments that has been leaked shows allowance payments made the members of the Judicial Services Commission in Zimbabwe.

The payments shown were made out on the 21st of November 2017, the day former President Robert Mugabe was forced to resign following a military coup.

Members of the JSC, include Justice Luke Malaba, have been criticized for topping up their salaries with allowances. The document shows that Malaba was paid US $2,500 as an allowance. VIEW THE PDF DOCUMENT HERE.

Other members got paid more and others less.

Some of the members of the Commission are:

PROPHECY: Chamisa must listen to wife Sithokozile to win Presidency