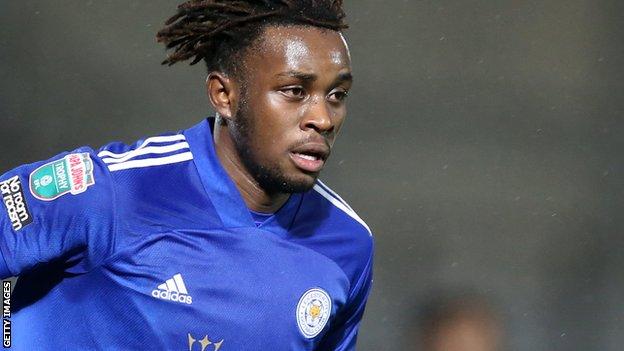 SECOND tier of the English football league side Luton Town FC have made their eighth signing of the summer with the addition of Leicester City’s Zimbabwean international forward Admiral Muskwe for an undisclosed fee.

The 22-year-old joined the Foxes in 2007 at the age of nine and was named the club’s Academy Player of the Season in May 2016, also capped by England at U16 and U17 level, playing for the latter when he was just 15.

He made his debut for Leicester U23s in the Checkatrade Trophy against Sheffield United as an 18-year-old in August 2016, with a first goal coming during City’s 3-0 win at Doncaster Rovers in December 2019, going on to bag a brace.

Muskwe then went out on loan to Swindon Town later that campaign, making five substitute appearances in League Two, before heading back to the Foxes.

The forward netted three more times in the Checkatrade Trophy last term, taking his tally to six goals in 13 appearances, earning a temporary move to Wycombe Wanderers in January.

He played 19 games for the Chairboys, with three goals, also featuring in the 3-1 Championship defeat to Luton, where he had 84 minutes, winning the penalty for Gareth Ainsworth’s side after being brought down by Kal Naismith in the area.

Despite featuring for England at youth levels, Muskwe, who was born in Harare, has since opted to represent his home country, with a full Zimbabwe debut coming in the COSAFA Cup against Comoros in June 2019, scoring his first goal later that year in a 3-1 World Cup qualifying victory over Somalia.