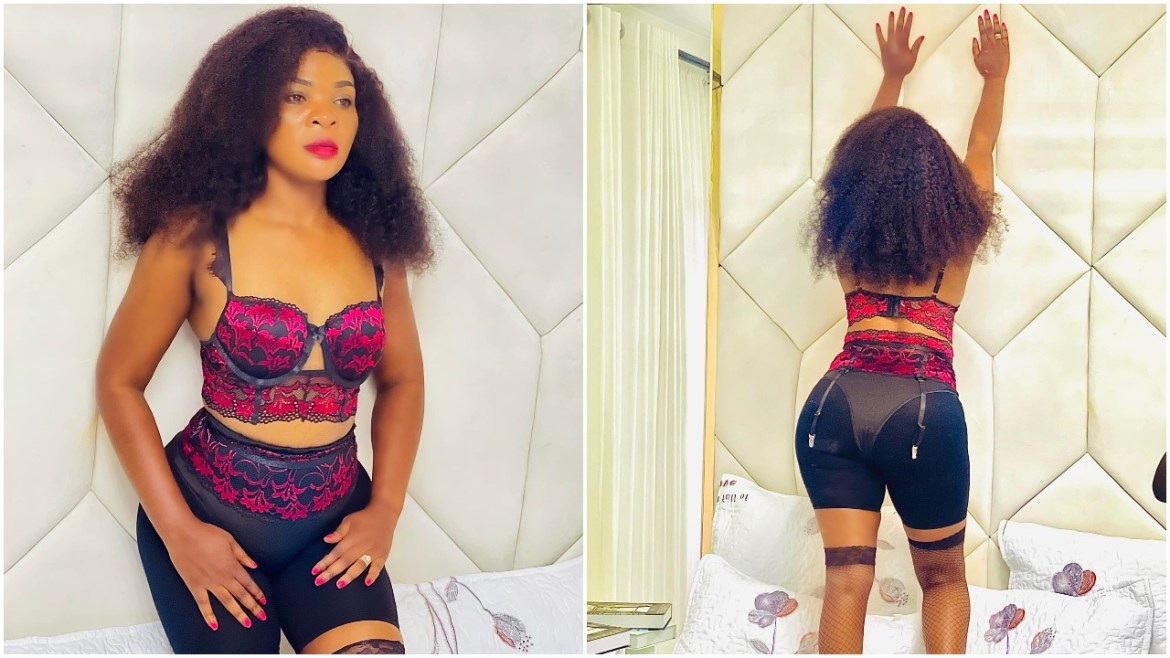 With Valentines Day around the corner, Mai Titi took to her social media promoting lingerie and bras in a marketing stunt.

The pictures sparked mixed reactions on social media. While many were stunned at how sizzling hot she looked in lingerie. Some social media critics slammed her for promoting nudity. They argued that it was improper for a married woman like her to be publicly seen clad in such revealing lingerie.

Alistar ElianaMaphosa is a fool of an unprecedented magnitude. A man who works and lives in USA allowing his wife to practise a business that borders on nudity and harlotry for a paltry $1000 is so hard to imagine..

Maureen ChengaPeople umuntu naked ati so sweet , what is so sweet about been naked?

Her husband Tinashe Maphosa came out to support her showing that he was okay with the way she was dressed. He wrote;Mai Ts DiariesFelistas byb you are looking beautiful and absolutely stunning as usual.I adore your sex appeal and I want you to know that, no matter what, I will always love the way you look.The lingerie is sexy and nice, but it is the woman who is wearing it that makes it really special.GO AHEAD WITH YOUR BAD SELF

I will see you soon

……”After facing heavy criticism, Mai Titi later took to Facebook to apologize to her followers who accused her of being indecent. She, however, revealed that she was not going to let a thousand bucks just slip through her fingers just because people do not approve of how she is dressed.