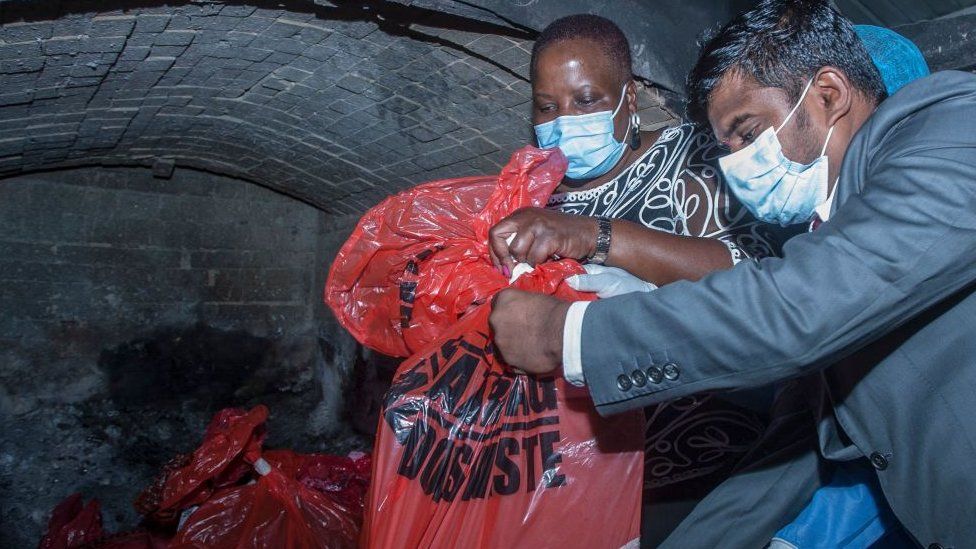 Malawi has burned nearly 20,000 doses of expired AstraZeneca vaccines, defying calls not to do so from the World Health Organization and the Africa Centers for Disease Control and Prevention.

“We are destroying (these vaccines) because as government policy no expired health commodities are to be used,” she said. “Historically under the expanded immunisation program of Malawi no expired vaccine has ever been used.”

She said the burning of the vaccines will prevent those with a negative perception of inoculations from using the excuse of expired vaccines from getting the shots.

“We are destroying publicly in order to stay accountable to Malawians. The vaccines that expired are not being used during the vaccination campaign,” she said. “On behalf of the government, I assure all Malawians that no one will be given an expired Covid vaccine.”

The burned vaccines were the remainder of 102,000 doses that arrived in Malawi on March 26 with just 18 days until they expired on April 13. All other doses of the shipment, donated by the African Union, were successfully administered, she said.

The health minister thanked WHO, the African Union and India for donating the vaccines.

“This has made it possible for Malawi to embark on the Covid vaccination campaign currently underway,” she said, without mentioning the WHO’s pleas not to burn the vaccines.

The calls not to destroy the vaccines came too late for Malawi, a small southern African country of about 20 million people, ministry of health spokesman Joshua Malango told The Associated Press.

“We had stopped observation of proper storage mechanisms and the vaccines would have still been damaged in one way or the other,” he said.

The destruction of the vaccines was witnessed by several top officials “in order to enhance transparency,” health secretary Charles Mwansambo said.

Malawi will still have adequate stocks of Covid-19 vaccines in both public and private health facilities, he said. The government has not said where it will get more vaccines.

Malawi’s got its first consignment of 360,000 AstraZeneca doses in early March from the U.N.-backed COVAX initiative which is providing vaccines to low- and middle-income countries.

Malawi, like many other African countries, has relied on the AstraZeneca vaccine that has been distributed by COVAX and the African Union. But now supplies of the vaccine have become more scarce because India, the main supplier of vaccines to COVAX, has stopped exports until it has adequately vaccinated large numbers of its population of 1.4 billion people.

The Serum Institute of India says it hopes to start delivering coronavirus vaccines to COVAX and to other countries by the end of the year. The delay will significantly set back global efforts to immunise people against Covid-19.

India’s Serum Institute is the world’s biggest vaccine-maker. The company said in March that it was postponing all exports of coronavirus vaccines to deal with the explosive surge of cases on the subcontinent. At the time, the World Health Organisation said it expected Covid-19 vaccine deliveries from India to resume by June and the interruption would affect about 90 million doses.