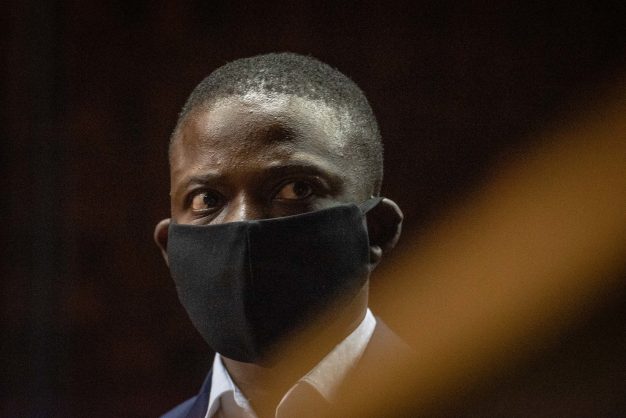 The eight-year-old Israella died in a Kenyan hospital on Monday morning.
Malawian President Lazarus Chakwera and Vice President Saulos Chilima allegedly gave money to assist with the funeral expenses of the daughter of self-proclaimed prophet Shepherd Bushiri and his wife Mary Bushiri.

This was according to Bushiri’s spokesperson Ephraim Nyondo, who told News24 on Thursday afternoon: “I can confirm.”

The eight-year-old Israella died in a Kenyan hospital on Monday morning.

Her remains landed at Kamuzu International Airport on Wednesday, followed by a memorial service to celebrate her life at the BICC Auditorium in Lilongwe, Malawi.

News24 understands that Israella was laid to rest on Thursday.

Bushiri, leader of the Enlightened Christian Gathering Church (ECG), said that it was “very disheartening and sad, therefore, that his daughter has become a victim of the persecutions that we are facing from South Africa”.

He shared these sentiments on Monday during an address on his social media platforms, where he announced his daughter’s death.

When approached for comment, Malawian presidential press secretary Brian Banda did not confirm or deny the matter.”The president has no comment to make on any matters related to the death of a child. Out of respect for her grieving parents and their privacy, His Excellency has elected to not speak on the matter,” Banda told News24.

The Bushiris are embroiled in a court case in South Africa for alleged fraud and money laundering totalling R102 million.

They, however, fled South Africa to their home country Malawi, just a few days after the Pretoria Magistrate’s Court granted them bail of R200 000 each.

The Bushiris escaped South Africa last year around the same time that the Malawian president was in the country on a visit for talks with President Cyril Ramaphosa.

News24 earlier reported that Chakwera and his wife Monica’s exit from South Africa was delayed by six hours.

At the time, the overlap in the Bushiris escape and Chakwera’s trip to Pretoria raised speculation that Malawi’s leader – or at least his delegation – had helped the self-proclaimed prophet and his wife fled.

But the South African government said the following Sunday that the Bushiris had not left the country aboard the flight on which Chakwera and his delegation travelled.

The Hawks are still investigating the matter.