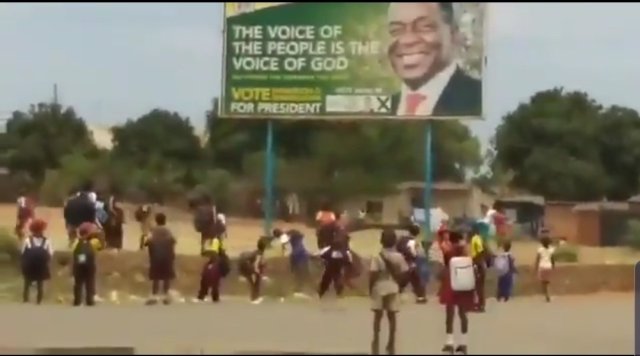 A 42-year-old man appeared in court on Tuesday facing theft charges after he was caught red-handed by security guards stealing a billboard erected at the National Sports Stadium in Harare.

Phillip Maphosa, of Manyame Park Chitungwiza, admitted to the theft charges when he appeared before magistrate Mrs Barbra Mateko, who remanded him in custody to today for sentence.

The State led by Mr Lancelot Mutsokota had it that on July 6 this year at around 4 am, Maphosa went to the National Sports Stadium with an intention to steal the billboard in question.

Armed himself with a hacksaw and other tools of his criminal enterprise, Maphosa cut the billboard down and decided to put it into pieces for easing out carrying it home.

The court heard that some security personnel manning the giant stadium spotted Maphosa before alerting Albert Akiti, who is employed by Rangers Security Company and was also on duty on the day in question.

Akiti then teamed up with Prince Nyakudya and confronted Maphosa. Upon seeing the two security personnel approaching him, Maphosa took to his heels.

The court heard that Akiti and Nyakudya pursued Maphosa, who outpaced them. It took other members of the public to apprehend Maphosa following the chase. Pieces of the billboard and Maphosa’s tools of the trade were recovered.

The billboard was valued at US$3 500. Herald