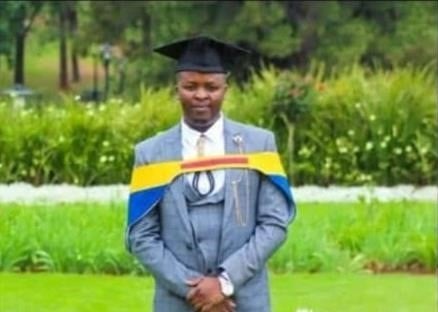 What was supposed to be a festive season of cheer and celebration for Khethokwakhe Zondo and his family, turned into tragedy when he died six days after his graduation.

Zondo, 30, died en route to hospital on 16 December, a week after he celebrated his graduation as a medical doctor. Zondo’s family, still reeling from the death, told News24 they suspected that he was poisoned.

“He just got sick so fast. We assume that he was poisoned [with a slow poisoning] the way things happened. He passed away on 16 December 2021 on his way to the hospital,” said Zondo’s sister Nomthandazo.

The father of one from Mandeni, in KwaZulu-Natal, studied medicine in Cuba as part of the  South Africa-Cuba Medical Training Programme, and Nomthandazo said all he wanted to do was provide a better life and opportunity for his two-year-old son and family.

“He wanted to open a business of property and logistics with his sister as partners, then build a double storey house for his family. He wanted the best life for his son and better education. We are not coping at all. It’s hard to accept. He was a breadwinner to his family,” Nomthandazo told News24.

Colleagues and people who knew Zondo took to social media to share their grief and condolences, posting one of the last pictures he took with his son where Zondo is seen wearing his graduation cap and hood.

“Yho I’m so heartbroken by this, such a vibrant soul nje! You would literally feel his presence nje! Talkative and loud but umntu wabantu (people’s person) who is always happy!” wrote a fellow doctor on Twitter.

After matriculating, Zondo had initially started studying engineering at Umfolozi college, which he later left after receiving the bursary to study in Cuba.

“The man was gifted from day one in high school with motivational quotes encouraging us very enthusiastic man all that wisdom is gone,” wrote one Twitter user who went to high school with him.

Kanye West Buys Home Across the street from Kim Kardashian