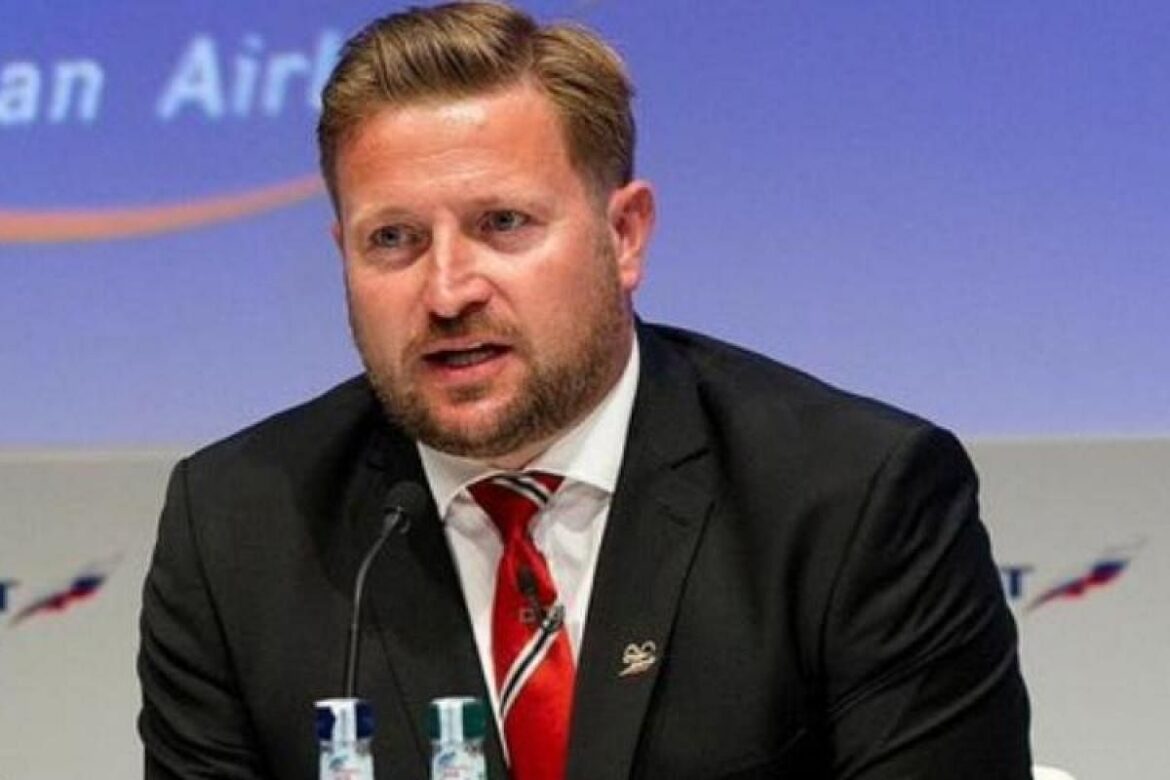 MANCHESTER, UK – Manchester United has named Richard Arnold as successor to vice-chair Ed Woodward, as the English top-flight club battles to revive its fortunes on the pitch and rebuild trust with fans after the team’s role in the failed European Super League.

The club’s managing director at present, Arnold is known for negotiating the big money sponsorship deals that give the New York-listed Premier League club a financial edge over most rivals. He is due to succeed Woodward, who announced his departure last year, on February 1. Arnold, 50, who has been responsible for match-day operations at the club on top of his commercial duties, will take up the role of chief executive, a change from the “executive vice-chair” title held by Woodward. His appointment had been widely expected.

Woodward has steered the club since 2013, his tenure coinciding with the club’s longest run without winning a Premier League title. His departure comes after a tumultuous period on and off the pitch amid the coronavirus pandemic, the sacking of manager Ole Gunnar Solskjaer in November after falling outside the lucrative Champions League places, and a backlash over the club’s backing for the failed European Super League.

However, United’s commercial strength has helped weather the worst of the pandemic, which cost the club more than £150m in lost revenue, while other clubs have been forced to sell players or raise capital to make up for the lack of ticket sales as games were staged without fans. Commercial revenues, including sponsorship and retail, totalled £232m in the year ended June 30, down almost 17 per cent year on year.

By comparison, match-day revenue sunk more than 90 per cent to £7.1m amid pandemic-induced curbs on ticket sales. Annual broadcast revenues jumped 82 per cent to £232m over the same period. United has continued to pay dividends to the US billionaire Glazer family, which has controlled the club since a £790m leveraged buyout in 2005. It has also continued to make high-profile signings, including Portuguese striker Cristiano Ronaldo, French defender Raphaël Varane and English winger Jadon Sancho.

United recently announced plans to modernise its stadium and intends to create a class of shares for fans to invest in the company as part of plans to rebuild trust with supporters. Arnold co-chairs the newly established Fans’ Advisory Board, which is designed to increase dialogue between leadership and supporters.

“We are now looking forward to Richard and his leadership team opening a new phase in the club’s evolution, with ambitious plans for investment in Old Trafford, the strengthening of our engagement with fans and continued drive towards our most important objective — winning on the pitch,” said Joel Glazer, executive co-chair, in a statement.

Arnold, a former PwC consultant, has been credited with negotiating commercial deals, including with kit sponsors TeamViewer. He will be based at United’s Old Trafford stadium rather than the club’s offices in London. A person close to the club said Arnold was expected to delegate more control of football decisions, following the appointment of John Murtough as the club’s first football director last year.

Woodward and a series of managers — David Moyes, Louis van Gaal, José Mourinho and Solskjaer — have failed to win the Premier League title or the Champions League. In that time, the team has won the domestic League Cup, FA Cup and Uefa Europa League. Shares in United, which listed in 2012, were on Thursday down about 12 per cent on the past year.

MDC Alliance Brand Draws Chamisa, Mwonzora Into Epic Battle Over the Same Name Ahead of March By – Elections