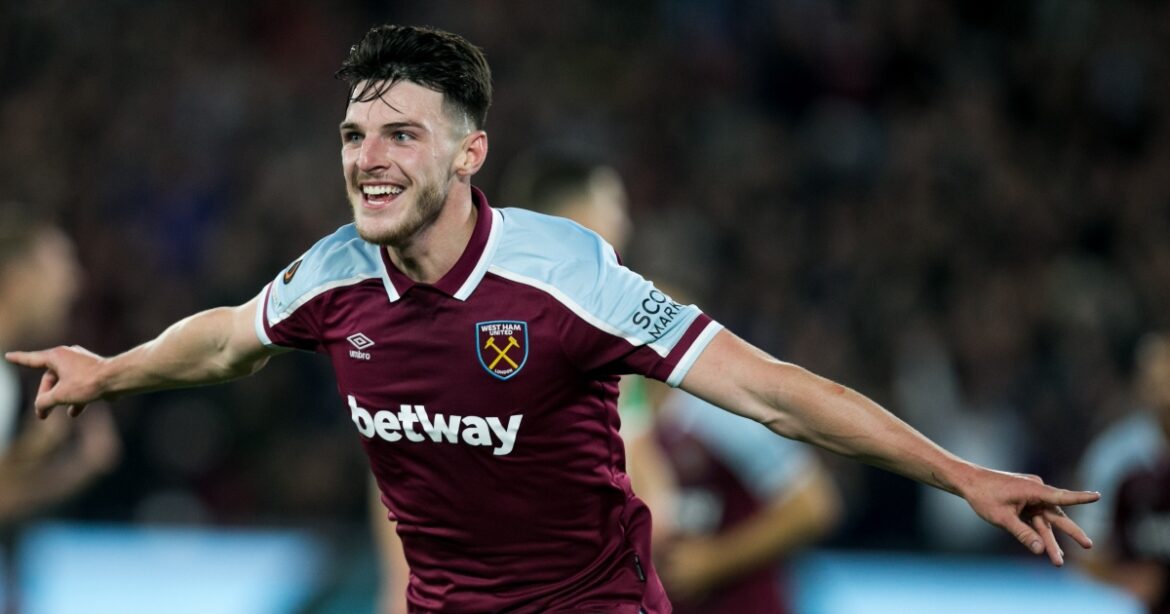 Manchester United are set to begin their pursuit of West Ham and England midfielder Declan Rice in the coming weeks, according to reports.

Ralf Rangnick told Amazon Prime last week that he had no intention of spending big during the January transfer window and will instead focus on his current crop of players.

However, the Red Devils will continue their preparations for a summer move for the Hammers captain.

The 22-year-old has long been linked with a move to Old Trafford but his form for both club and country over the past year has caused his price tag to inflate.

United are aware it will cost over £100 million to secure Rice’s services but are reportedly keen to smash their transfer record in order to do so.

The Sun have claimed that the Manchester club will look to do the groundwork in the coming weeks as they put together the staggering bid to tempt Rice up north.

David Moyes has made it clear that their talisman is not for sale and the midfielder’s destination next season could depend on whether West Ham are able to achieve a top four spot come the end of the current campaign.

Who else has been linked with Declan Rice?

Declan Rice’s success over the past couple of seasons has seen him consistently linked with a move away from the Hammers.

Chelsea are one side that have been keen on a move for Rice, having previously released the youngster from their academy in 2014.

However, Thomas Tuchel’s side have recently been rumoured to be signing Monaco’s Aurelien Tchouameni – who the Blues may see as a cheaper alternative to Rice.

Manchester United and Chelsea have been the two most likely destinations for Rice if he is to depart, however he has also been linked with moves to both Liverpool and Manchester City.