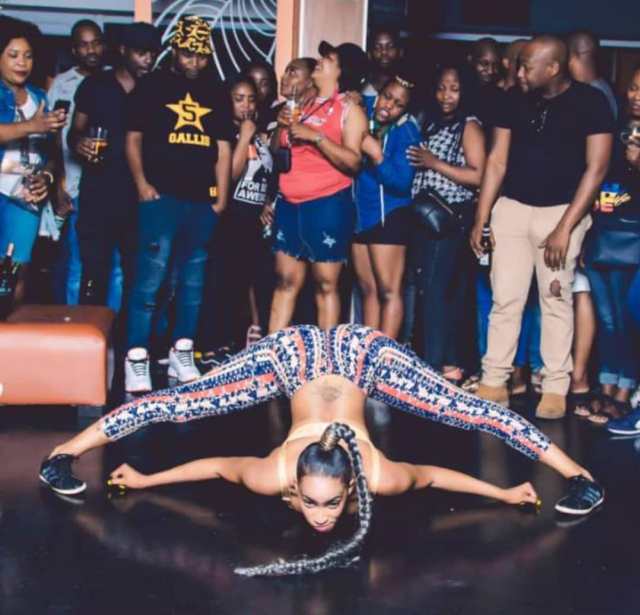 Popular raunchy dancer, Beverly “Bev” Sibanda who in January set tongues wagging with her surprise court wedding is back on stage with shows lined up across the country.

Bev tied the knot with the United Kingdom-based nurse, Chambuka Mufudzi at the Harare Magistrates Court.

Contrary to popular belief that marriage would put an end to her career, the 28 year old dancer promised her fans that she will continue with her trade of cause with the blessings of her husband and she is living up to her word.

Bev who is popular for her bottle stunt last appeared on stage mid-2019.

In 2014 she took a sabbatical after top prophet Walter Magaya convinced her to repent but this was shortlived as she went back to her job within three months.

Bev in 2017 made headlines after she claimed that she was carrying ‘Delila’ hitmaker, Andy Muridzo’s child.

Andy who denied the accusations admitted to having an extramarital affair with her.

Bev kick-started her solo career as a dancer in 2008 and in August 2011, together with Mercy Mukumire, Chantel Dlamini and Brenda Cocoa founded the S#xy Angels dance group.

The group propelled her to greater heights as she later became a household name and the country’s most sought after dancer. In 2013, she ventured into the music industry and worked with prominent South African musician Freddy Gwala.

She also worked with local artists such as Shuga Shuga and has launched an album which features the track ‘Tshaingoma’.

Kaitano Tembo To Have A One On One Meeting With Mourinho