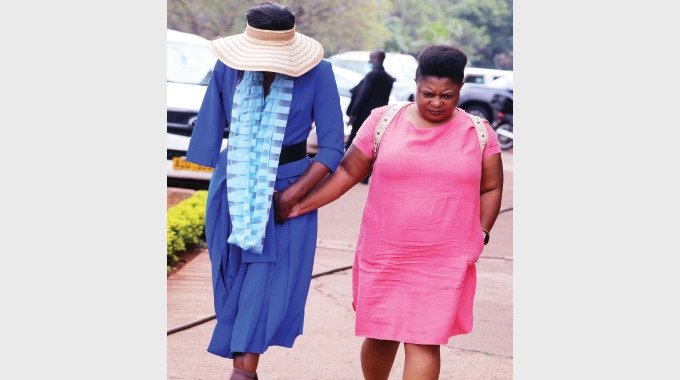 Mubaiwa through her lawyer Mrs Mtetwa had applied for discharge at the close of the State’s case arguing that its evidence was unreliable as witnesses who testified had many versions of what transpired.

In her ruling, Mrs Mapiye said the application for discharge at the close of the State’s case by Mtetwa has merit and therefore her client is acquitted.

It was alleged that on January 28, 2020, at around midday, Munyoro went to Hellenic Primary School in Borrowdale, Harare to collect Mubaiwa’s son she had with Vice President Constantino Chiwenga.

It was the State’s case that while Munyoro remained seated in the car the driver, Batsirai Furukiya, went to collect the child. The court heard that while Fururiya was walking with the child going where the car was parked, Mubaiwa followed him. Upon arrival at the car, Mubaiwa started accusing Munyoro of telling her children not to talk to her and quizzed her why she was doing so. Mubaiwa started shouting at her. Munyoro denied the accusation. “Urimuroyi and handichengeterwe vana vangu nemuroyi” meaning you are a witch and I cannot allow a witch to take care of my children.”

Munyoro, it was alleged remained quiet while seated in the car. It was the State’s case that Mubaiwa struck Munyoro once on her left cheek using the back side of her left hand leaving her with a cut on the left side of her mouth and one of her teeth shaking.