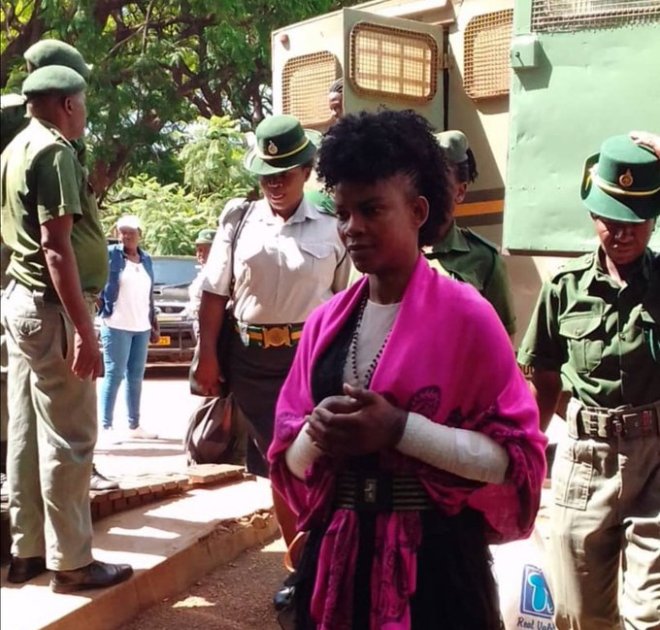 Harare regional magistrate Mr Chrispen Mberewere has remanded the estranged wife of Vice President Constantino Chiwenga, Marry Mubaiwa, in custody to January 14 next year when she is expected to be back in court for her routine remand.

She showed up at the Harare Magistrates’ Court, spotting a new hairstyle and looking very unwell.

The top model was at the courts for a routine remand after she was denied bail by the same court two weeks ago.  The Vice President’s estranged wife has since appealed for bail twice at the High Court, but unfortunately for her, her bail hearings have been postponed twice.

Marry’s hands were visibly bandaged following reports that she was critically ill on Sunday morning.   According to sources at the prisons, Mary has woken up with swollen hands and was soiling herself.

Marry’s deterioration in health comes at a time when her husband Vice President “General” Chiwenga has flown off to China for a medical review.

Video: Mai Titi Stepping Into the New Year With a New Man As She Moves on From HIV+ Attacker Ex