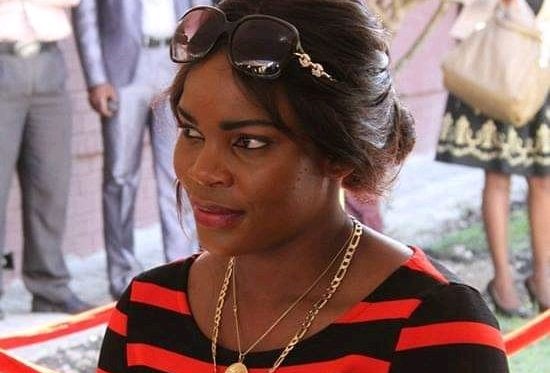 MARRY Mubaiwa’s successful claim in the High Court for custody of her three young children was wrongly filed since her lawyers made a serious error, rendering the whole process a legal nullity, the Supreme Court ruled yesterday.

The High Court should have refused to hear the matter as a result, said the Supreme Court, when changing the final legal ruling to: “The matter be and is hereby struck off the roll with costs.”

Mubaiwa also made unsubstantiated accusations that their father, Vice President Constantino Chiwenga, had abducted his own children, but she withdrew this accusation during the hearing of the appeal.

Mubaiwa and the Vice President have separated and are involved in still-pending legal disputes over property division and child custody.

The appeal by VP Chiwenga over the custody order granted to his estranged wife was heard by Deputy Chief Justice Elizabeth Gwaunza, sitting with Justices Paddington Garwe and Justice Chinembiri Bhunu.

The judges unanimously ruled in the judgment written by Justice Bhunu and issued with the agreement of his colleagues, that she should have claimed custody of her children under the Guardianship of Minors Act, which has sections that allow a court to determine the question of custody of minor children when spouses begin to live apart.

“She instead, for no good reason and at the instance of her lawyers, claimed custody of her children under the non-existent and inapplicable law of ‘provisional’ spoliation,” ruled the judges.

It was the court’s finding that High Court Judge Justice Christopher Dube-Banda, presumably having realised that Mubaiwa’s claim was incompetent and a nullity at law, improperly granted her a final interdict which she had not asked for. But that order could not stand.

The judges, however, were in agreement that the custody dispute was now back before the High Court under the proper Act, hence the issue of the custody of the three minor children was best left to that court for a substantive determination on the merits after hearing evidence.

By granting Mubaiwa a final interdict, which she had not asked for in her claims, the court held that Justice Dube-Banda made a grave error and misdirected himself.

Firstly, in that he had neither the jurisdiction nor the discretion to award Mubaiwa relief that she had not asked for, saying a “judicial officer who acts without jurisdiction acts without authority and to that extent illegally”.

The lower court was also found to have determined a matter that was not before it and without hearing argument on the question of whether or not to grant a final interdict.

The matter that was before it was whether or not to grant the “provisional” spoliation order, according to the court’s findings.

And in any case, once the judge realised that the matter was not before him in the correct form, he should have struck it off the roll rather than giving any order, provisional or final. It was also a legal error to make a decision without hearing both Mubaiwa and the Vice President.

The judges noted that at law a “provisional” spoliation order was incompetent as relief for the acquisition of a final interdict. This is because a final interdict cannot be founded on a “provisional” spoliation order which is in itself a nullity at law, the court said. Spoliation orders are designed as an immediate order to allow users of property to retain possession while other legal issues are sorted out. It was also incompetent for Mubaiwa’s lawyers to seek custody of minor children through spoliation proceedings when there were clear procedures in the Guardianship of Minors Act.

The Court said it appeared that the lower court judge was overwhelmed by the status of the Vice President Chiwenga and the intensity of the conflict and his vision was apparently clouded by the dust of the conflict, prompting him to wade into its murky waters in aid of the respondent, and granting Mubaiwa the relief that she had not asked for.

“Such conduct was injudicious and an affront to the time honoured tenets of justice, fairness and equality before the courts. In the absence of any evidence of abuse of office, the appellant ought to have been treated like any other citizen before the (lower) court.”

From the facts and analysis of the law, the court found that although Mubaiwa may have had a meritorious case, she unfortunately did not get the benefit of sound legal advice in order to assert her rights.

Mubaiwa’s conduct in presenting an incompetent claim and her unsubstantiated attack on the Vice President’s character could have justified an order for punitive costs against her, but in light of the fact that she did not get appropriate legal advice and representation from her lawyers, the court took the view that an order of costs on the higher scale would be unduly harsh. Ordinary costs do not cover the legal fees of the losing party. The higher scale does cover the necessary legal fees.

Through his lawyer, Advocate Lewis Uriri, instructed by Mr Wilson Manase of Manase and Manase, Vice President Chiwenga had argued that the court could not place his three minor children in the custody of his estranged wife, who required to be under constant care of a surgeon, physician and a psychiatrist.

VP Chiwenga’s lawyers welcomed the court’s ruling. Mr Wellington Pasi, a senior partner in Manase and Manase law firm, said Mubayiwa brought frivolous accusations that the Vice President had abducted his own children, “which allegation was a blatant lie and had no factual or legal basis but was meant to score cheap political points in the media and character assassinate our client”.

“It was wrong for Ms Mubayiwa to apply for spoliation of the parties’ minor children as if they were some asset to melee over. Children deserve love, care and protection from such unnecessary squabbles.

“Ms Mubaiwa brought a baseless application without the benefit of sound legal advice from her counsel and the judge-a-quo should not have wrongly attacked my client with neither evidence nor a legal basis. We are glad justice has prevailed.”

The lawyer, however, said they do not blame the court much as it was for the first time handling a high profile case after the appointment of the judge.