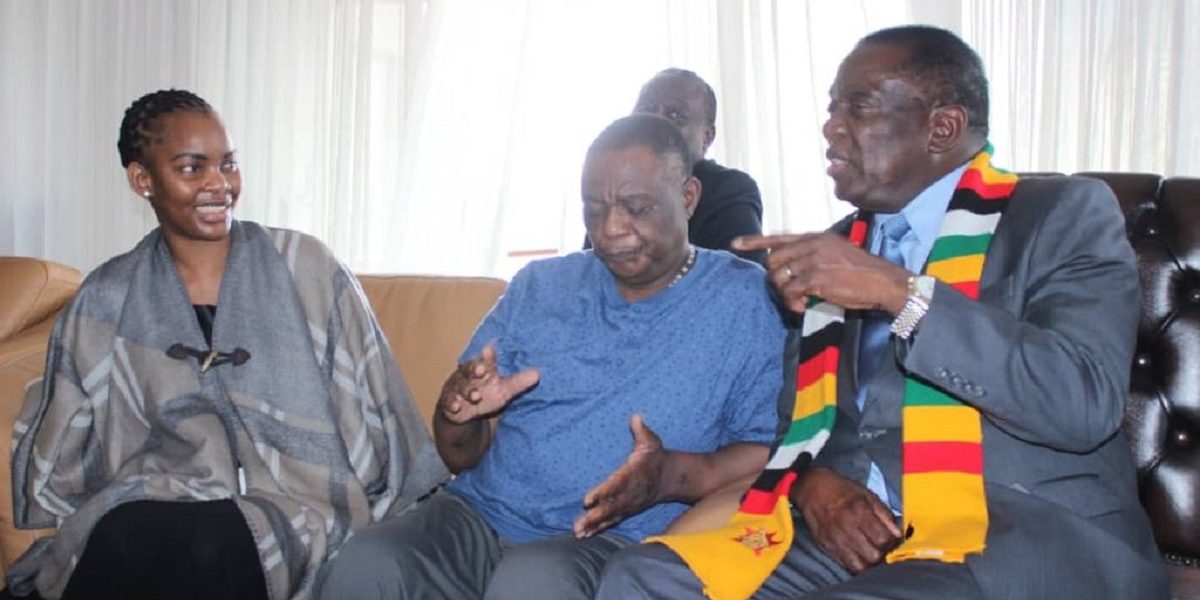 Marry, who was Monday denied bail and remanded in custody facing charges of attempting to kill her husband, described her arrest as baseless and hilarious in court papers filed at the High Court on Wednesday.

Marry told the court that after the alleged attempt to murder Chiwenga, President Emmerson Mnangagwa gave her US$30 000 to travel to China and visit Chiwenga where the VP was seeking further treatment.

Marry said her arrest reminded of the saying that when hyena wants to eat its children, it first accuses them of smelling like goats.

She further claims that charges brought against her were baseless and fabricated by Chiwenga against his estranged wife in order for him to win the divorce process they are going through.

She also challenges the State to produce evidence linking her to the alleged offences.

“This is impossible because such reports do not exist for the simple reason that the incident did not occur as alleged or at all. No doctor who respects his professional standing will be made to perjure himself.

“The witnesses are not even disclosed. The questions still remain that if the applicant ordered everyone to leave the room such that when the alleged incident occurred, alone with her husband, who then is the witness. A witness of fact cannot testify to what they did not see,” she said.

“Laughable is the so-called last exhibit. The State says it has a photograph of a bloodied T-shirt that the Vice President was wearing. Surely an exhibit of that nature despite it being merely of circumstantial relevance would have been kept and safeguarded. A photograph of a bloodied T-shirt remains a photograph, it proves nothing and cannot override primary evidence,” the court papers read.

It is revealed in her court papers that when Chiwenga was in China for further treatment after the attempted murder, Marry said Chiwenga made a request to Mnangagwa to arrange for her to be flown to China.

Mnangagwa agreed and gave her US$30 000 for her personal upkeep while in China.

Writing in her bail application, Marry said that Mnangagwa “even sent his personal security with (typed as Zim but can only be USD) $30,000 for her personal upkeep and use”.

Marry Chiwenga Refused To Hand Over Her Diplomatic Passport