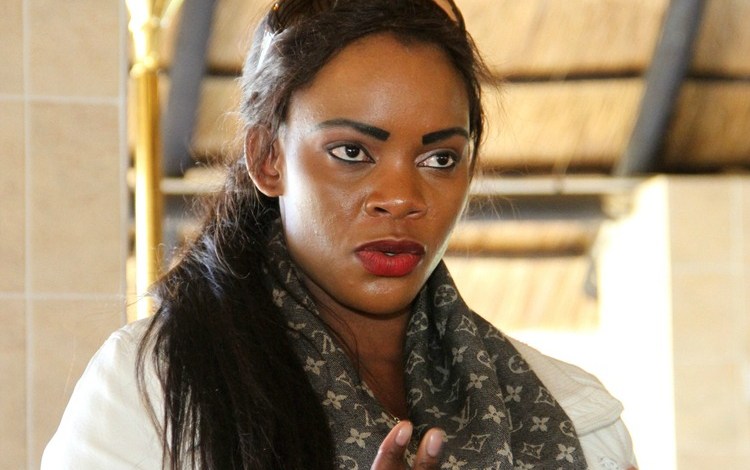 Mtetwa was making submissions during a hearing before Justice Benjamin Chikowero from whom Mubaiwa is seeking relaxation of her bail conditions and release of her passport to enable her travel to South Africa for treatment.

Mubaiwa is suffering from lymphoedema, which has caused swelling of her arms and legs including severe puss dripping wounds which are giving her sleepless nights because of pain.

Some graphic pictures of her wounds made headlines recently amid reports her bank accounts have also been frozen.

The photos were shown to the judge during the hearing of her application before Mtetwa explained the situation regarding the one queen of the ramp.

“Her wounds have worsened and we can bring her to court so that you can have sight of her wounds. They are also on her thighs, but she can’t show them to the public.

“It’s so difficult that she has to move around with a machine that drains liquids and puss from the wounds and a container which collects the discharge,” said Mtetwa before Chikowero demanded that she be brought to court for him to see the wounds physically.

The state, led by Sharon Fero, is opposed to Mubaiwa’s application.

“From the state’s response, it’s clear they have two fears that she might abscond because she has links in South Africa.

“The state says it requires independent opinion on whether the applicant can have treatment in Zimbabwe and has since written to the health permanent secretary to confirm,” she said.

Mtetwa told the court that the state should not be worried because Zimbabwe has Extradition Treaty with South Africa.

She said this will automatically enable the country to return her back home if she absconds.

Mtetwa also submitted that the state misdirected itself by seeking information from the permanent secretary of health regarding the issue of possibilities that her client be treated locally.

She said this is prejudicial to her client because her husband, with whom she is quarrelling, is the country’s health minister.

“This court should take judicial notice that the applicant is the current wife of the Health minister and permanent secretary falls under the command of the minister.

“The health ministry is not the registrar of health specialists. There is no statutory board. They have no relevant information with regards to registration of specialists. So, the state has gone to the wrong sector to seek information.”

Mtetwa said her client was already receiving treatment in South Africa before she was arrested.

She said a local doctor has also confirmed that there were no specialists who could treat Mubaiwa’s condition in Zimbabwe.

Said Mtetwa, “The state has not in any way contested the information from specialists like Dr Makarau who said there are no specialists in Zimbabwe.

“The state has not refused that she was receiving medication in SA prior to her arrest. So, trying to seek help from that country cannot amount to her trying abscond.”

The lawyer said being a suspect did not mean that her client was no longer entitled to her rights.

Among other things, she complained about the time her client has been waiting for a trial for eleven months.

The state initially told the court that investigations would be complete by January 28 this year but there has been no progress.

“We respectfully submit that there is no basis that she will abscond. She has always abided by her bail conditions. The state cannot say she will abscond without giving basis. Medication in SA is not a recent invention; she was being treated there before her arrest,” Mtetwa said.

The charges arose following her fallout with VP Chiwenga who also filed for divorce against her.

Chiwenga also won custody of the couple’s three minor children after the court ruled she was mentally unstable to take care of the children. ■