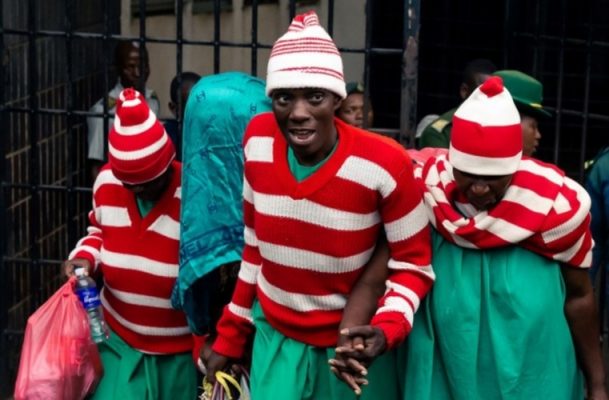 PHOTOS of Vice President Constantino Chiwenga’s wife Marry Mubaiwa, taken back in the day when she was just a “nobody”, have torched a storm on popular social media platforms.

Marry is in remand prison after she was arrested last Saturday on multiple charges of fraud, misrepresentation, and violating the country’s foreign exchange control regulations. She also was slapped with further charges of attempted murder on Monday, with the State alleging that she attempted to kill her husband, the Vice President.

A former model in her heydays, the 38-year-old Marry Mubaiwa was married to former Warriors striker Shingi Kawondera. The marriage collapsed in dramatic fashion, with Marry subsequently marrying then General Constantino Chiwenga in 2011.

General Chiwenga also did not have it easy, having just walked out of a messy divorce with Jocelyn Chiwenga, with the divorce hearing full of drama that rivalled a Hollywood movie scene.

Now, Marry and the Retired General Chiwenga are set for a long drawn-out divorce case which will probably be blocked from media coverage as State secrets are anticipated to flow around.

The State’s case is that Vice President Constantino Chiwenga in June this year went to South Africa to treat an undisclosed illness in June, his wife first tried to dissuade him from going to the a hospital; second lady Marry Mubaiwa allegedly suggested he stay in a hotel instead.

And that was before the marriage fraud and money-laundering allegations.

Mubaiwa, 38, appeared in court Monday in the capital of Harare following her weekend arrest by the Zimbabwe Anti-Corruption Commission on charges that she tried to kill her husband, commit marriage fraud and launder nearly US$1 million to pay for luxury cars, property and other personal expenses, according to the criminal complaint.

The former model, described as the vice president’s estranged wife in the ZACC complaint, denied the allegations against her and waved to onlookers as she entered the magistrate court. She was later denied bail when prosecutors argued she was a flight risk and might interfere with witnesses.