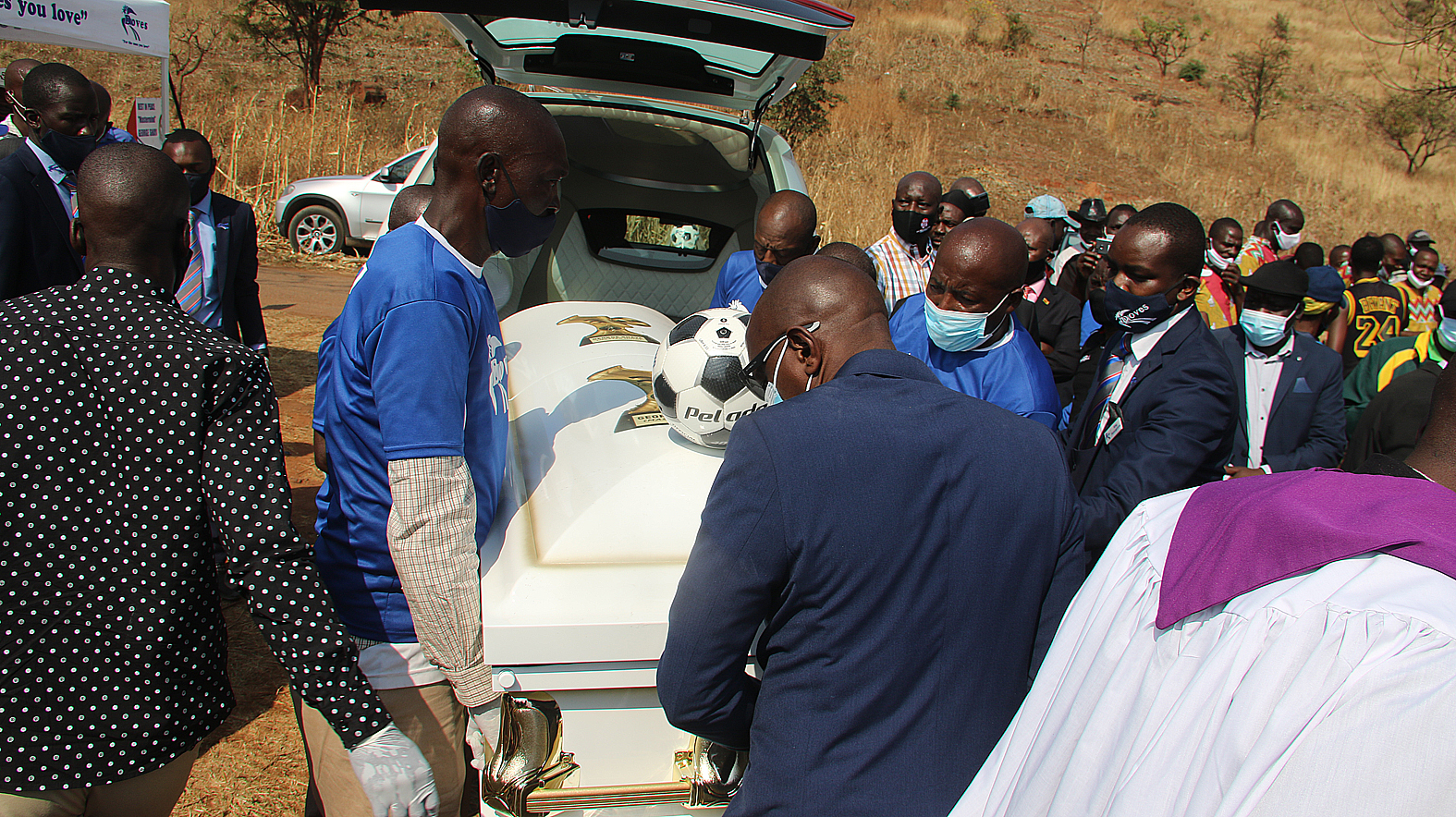 THE Ministry of Youth, Sport, Arts and Recreation has described the late George Shaya as a hero whose death has robbed the country of its finest football talent.

Government is also worried about the alarming rate at which football legends are dying, with Shaya becoming the fourth prominent former footballer to die in the last three months.

Shaya, who was accorded a State-assisted funeral, passed away on Tuesday and was buried at Warren Hills Cemetery in Harare yesterday.

His death came a fortnight after the demise of former Warriors and Highlanders manager Ernest “Maphepha” Sibanda.

Sibanda died two days after the country had lost another football luminary, Joe Mugabe, who passed away in Reading, England, on August 8.

The Director of Sport in the Ministry of Youth, Sport, Arts and Recreation, Eugenia Chidhakwa, who represented the Government at Shaya’s burial, expressed grief over the continued loss of football legends.

“As the Ministry we are pained. About three months ago we buried David Mandigora, Joe Mugabe’s body is yet to arrive back home (from England) and today we are burying George Shaya,” said Chidhakwa.

She described Shaya as a quiet and loving person, who let his feet do the talking.

“Let me say it today that your behaviour when you are alive determines how you will be mourned. If you are a good person, people will leave their jobs and duties to come and mourn you.

“George Shaya was a quiet man, his legs did the talking on the field of play. Until he died I don’t think there is anything we can say was bad about him.

“Even as the Ministry or the SRC we never heard anything bad about Shaya,” Chidhakwa said.

Youth Sport, Arts and Recreation Minister Kirsty Coventry and her deputy Tino Machakaire did not attend the burial due to other pressing commitments.

They had however, earlier paid homage to the legend at the Shaya residence in Glen Norah on Wednesday.

“We are devastated by Shaya’s death.

“Our seniors in government failed to attend this burial because of other pressing duties but they sent us to pay our last respects. They sent us to come and say go well George Shaya.

“Our wish is that we have another George Shaya so that our football can be transformed.

“We also learnt something from Shaya and that was his love. I am urging sports personalities to have love and learn to operate in harmony.

“Those who visited Shaya can testify that this man loved his wife. That is another thing we learnt from Shaya,’’ Chidhakwa said.

She said the late icon had continued to unite people even in death.

“We witnessed a rare moment of unity on Wednesday. The chairmen of Dynamos, Highlanders and CAPS United all came to the Ministry to pass their condolences, this shows you how powerful this man (Shaya) was.

“As the Ministry of Youth, Sport and Recreation we say go well our hero, go well son of the soil,” said Chidhakwa.

Ex-DeMbare forward David George, who was Shaya’s teammate at the Glamour Boys, was among those at Warren Hills Cemetery.

Headache as school fees to go up 33 percent in Zimbabwe

Deported Zimbabwean man thanks well-wishers after £5000 is raised