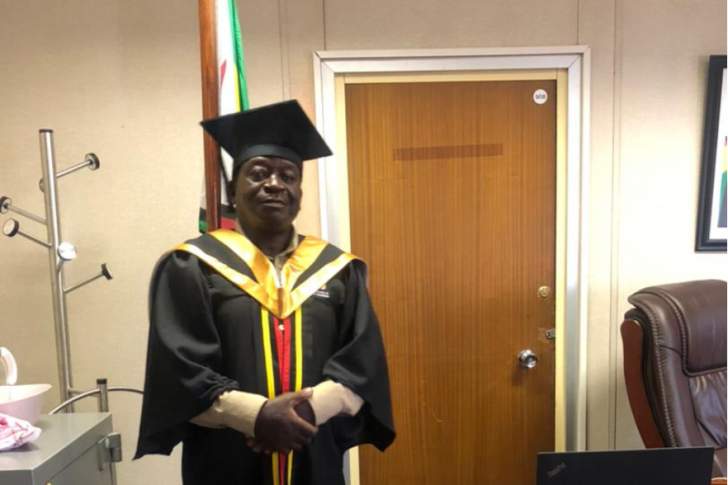 Defence and War Veterans Affairs Minister Oppah Muchinguri-Kashiri on Friday extolled her deputy Victor Matemadanda, who graduated with a Masters in Business Administration (MBA) on the same day.

Muchinguri-Kashiri praised Matemadanda for “his resilience and perseverance” in attaining the post-graduate degree and urged others within the Zanu PF structures to emulate the Gokwe Central legislator. She said:

Your resilience and carrying out many tasks shows that you are a leader of great virtue.

… The roots of education are bitter, but the fruits are sweet…

We need to celebrate this landmark achievement and all Zanu PF structures should embrace the practice and empower themselves.

According to Zim Morning Post, Matemadanda started his degree in 2018 and he had to juggle between his ministerial and party roles.

Matemadanda is the Zanu PF secretary for the Commissariat in the ruling party’s Politburo.

Meanwhile, Muchinguri-Kashiri is a holder of two Masters degrees.

Midlands Minister of State for Provincial Affairs and Devolution, Senator Larry Mavhima, attended the event and officiated it.