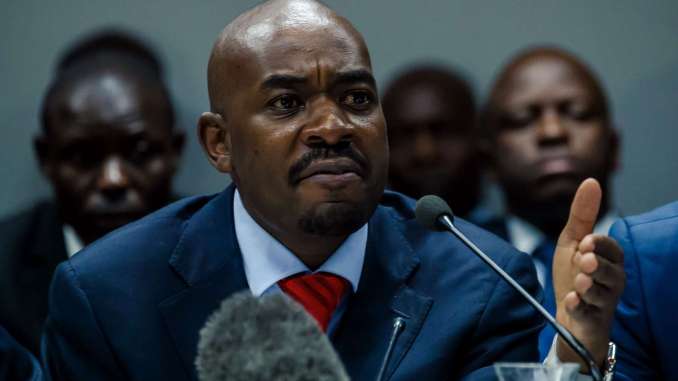 MASVINGO – The MDC Alliance says its president, Nelson Chamisa, “has been encircled by hooligans at a place he’s temporarily taken refuge” in Masvingo province.

The party adds: “The provincial leadership is currently mobilising youths to rescue him.”

In a statement earlier today, the party described Masvingo as a war zone, with military-controlled roadblocks mounted in Chivi, Mwenezi and Urazvi and party supporters subjected to illegal searches.

The MDC Alliance says Zanu PF is scared of the opposition’s groundswell of support.