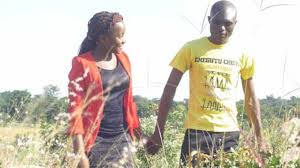 “Mebo” hit maker Obert Chari is returning to City Sports Bar in Harare this Friday to celebrate the achievements he made in 2018.

He will be supported by sungura musician Mukoma Robbie of Top Sungura.

Chari’s song Mebo was voted the best song in 2018 at National Fm Top 50. The song was also voted into top 30 at both Radio Zimbabwe Coca-Cola charts and ZBC TV Coke Top videos.

The 31-year-old, a former Midlands State University student of African Languages, has four albums under his name and these are Ngoma Yababa, Vaporofita Venhema, Mariyambutsa and Wanganela.

His popular video features 19-year-old Petronella Kapeyapeya, who is now commonly referred to as Mebo in showbiz circles.

Kapeyapeya’s alluring looks in the video charmed many music loving people. Apart from her looks, many people fell in love with the lyrics of the song as it reflects the effects of the harsh economic situation on society.

Chari was inspired by his personal background to come up with the popular song, Mebo.

“I come from a very humble background and this has inspired me a lot.”

The song Mebo talks about a poor man who lacks confidence in his beautiful girlfriend and wife-to-be, Mebo. His economic status erodes his confidence but the girl continues assuring him of her love. DailyNews