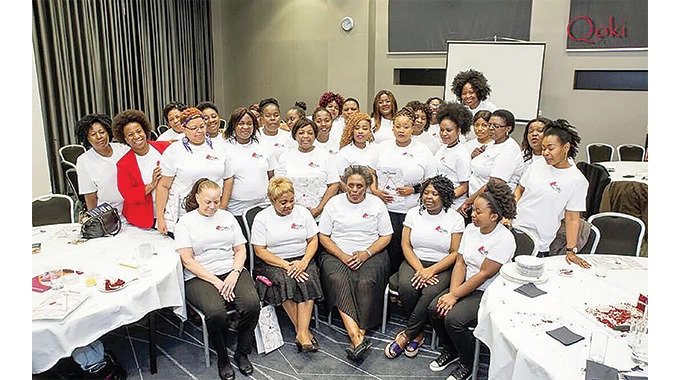 WHAT initially started as a social networking group to keep Zimbabwean women in touch while in foreign lands, has since blossomed into a huge multi-million dollar investment.

The women involved in the huge investment are the faces behind Qoki Zindlovukazi- a well-known organisation which is changing lives in Matabeleland.

These women are basically millionaires in South African rand terms and they have invested in the property sector, farming and energy, among other sectors.

Qoki was formed in December 2016 by a group of about 30 women initially to help each other invest as they worked abroad.

The women committed themselves and bought their first house which boosted their confidence in the power of numbers after a seminar a few months down the line.

After the property seminar which birthed the vision to invest in immovable property, the women have never looked back and today they are the pride of Matabeleland and Midlands where they come from.

Now they are more than 5 000 and if an investment opportunity comes up, it is floated around and those interested invest.

With contributions starting from 20 pounds, the women have grown from strength to strength and are now owners of properties and businesses in Zimbabwe and South Africa.

In one of their major projects, 10 Qoki women invested their savings and bought mansions known as Soho Units in Sandton, Johannesburg, a multi-million-rand business idea which is flourishing in the neighbouring country. The mansions are valued at R1,5 million each.

A hundred more in South Africa have been contributing towards Qoki Villas located in Germiston just to secure decent accommodation for their families.

In Zimbabwe, Qoki through their projects has secured pieces of land in Bulawayo for the construction of town houses and the projects are underway.

The plan is to construct as many town houses in Burnside, Woodville, Riverside and along Airport Road for their members. The ladies have also partnered and started a company called Synergy Energy which specialises in logistics and has trucks and fuel tankers in Zimbabwe.

Qoki ladies have also secured 30 hectares of land to construct Esigodini Girls College, which was bought by 30 of their members to meet educational needs of women and girls.

Last year when Bulawayo was battling a cholera outbreak which was worsened by erratic water supplies, Qoki women supplied affected residents in Luveve and Gwabalanda with clean water.

They have a tomato canning business in South Africa where they produce ketchup and other tomato products.

Plans are underway to introduce the same concept in Zimbabwe.

Qoki Zindlovukazi founding leader, Ms Sithule Tshuma who is from Lupane and is based in the United Kingdom, said the plan is to invest as much as possible into property and make more female millionaires from Matabeleland.

“Property was one of the first projects undertaken by Qoki ZiNdlovukazi in 2017 after the organisation was founded in 2016.

Our first strategy was to help each other earn money for deposits to buy houses in the United Kingdom and then we moved into buying houses in Zimbabwe where we used funds raised through contributions to pay off mortgages. It has been years of hard work as a team and everyone is now seeing the results,” she said.

The women collaborate with anybody who is passionate about rebuilding the region and making it great again.

Women can participate in any project depending on their interests and financial resources.

“Any member of Qoki can identify a need or project that is of interest to them which is then brought to the table (qoki platform) and those who are keen to pursue the venture join the group which then takes the project further,” said Ms Tshuma.

She said the organisation’s main objective is to bring together women with a common interest to implement a given project.

“In the midst of all that we ensure that we strike a balance by sharing jokes, teaching each other about things of common interest, hosting Christmas parties, hosting business workshops, business showers, supporting each other even during bereavement,” said Ms Tshuma.

She said all members contribute equally to their investments as they are equal partners depending on location and the specific project that they are interested in.

Ms Tshuma said even in the construction of townhouses and villas, all costs are shared equally and members are tasked to contribute a certain amount to fund the project.

“As women who have spent many years abroad and learned from other communities about how to restore their communities at home and the necessity of investment, we have been able to work together as a group in business.

Within our organisation, we also believe in the potential of networks to help women with microeconomic ventures succeed. We are naturally kind and empathetic, and we uphold the Ubuntu attitude that our mothers instilled in us,” said Ms Tshuma.

She said last week, their parents and relatives toured a piece of land which was recently bought for the construction of town houses in Woodville.

“It was refreshing to see our parents view the land where we will construct our retirement homes because we will not live in the diaspora forever.

One day we will have to come back home hence the need for all these property investments that we are engaged in.

In addition, as we grow as women, we continue to give back to the community and the people who have helped us to become what we are today,” she said.

Ms Tshuma said she grew up in Lobengula, one of Bulawayo’s oldest suburbs in the city and her background ignited her passion to empower those around her.

She said their challenges include time differences as some members are in the United States, Canada, Australia, Germany and Dubai.

Although many are quick to dismiss that financial prosperity doesn’t come in numbers where money is involved, Ms Tshuma says unity in numbers has kept the Qoki members happy and satisfied in all their endeavours.

Ms Tshuma recently won a Community Development Award at the Zimbabwe Achievers Awards UK 2021 for founding and leading Qoki whose projects are changing lives in Zimbabwe especially in Matabeleland.

“Despite the fact that I was already dealing with women from all over the world on a daily basis, this has helped me broaden my skills and knowledge and be able to deliver evidence-based practice when playing a role in rebuilding our community.

I was also honoured to be one of the presenters at Kaizen Summit, the world’s largest and most influential online gathering of Visionary African Leaders.” said Ms Tshuma.

She said said through Qoki, women in the diaspora have also managed to rekindle the spirit of Ubuntu and togetherness which they inherited from back home in Zimbabwe.

“The fact that we are abroad doesn’t mean we should divorce from our Zimbabwean roots hence we ride on that and do all we can to change the narrative about people from Matabeleland and Midlands by engaging in more business ventures to create wealth for ourselves, families back home and our communities,” she said.
-Chronicle