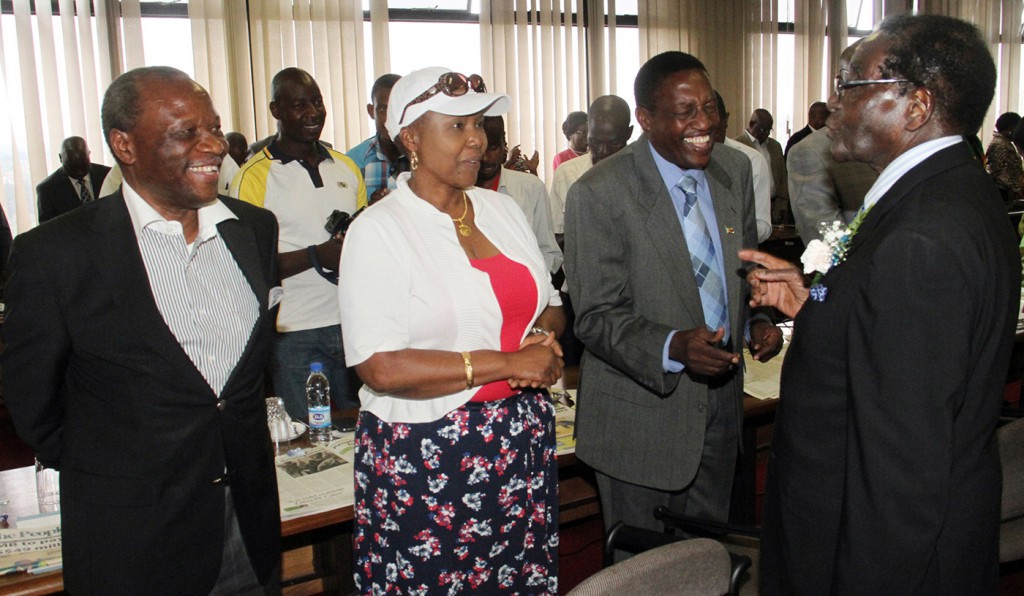 HARARE- A state funeral service for the late former Zimbabwe president Robert Mugabe will be held at a sports stadium in Harare on September 14 and burial will be a day later, but there is still not decision on where he will be interred.

Zimbabwe’s foreign ministry wrote to foreign embassies attached to Harare on Sunday with the burial arrangements, but the communication tellingly left out information on the burial site amid reports of ongoing haggling between authorities and Mugabe’s family.

Curiously, the foreign ministry also said foreign leaders are expected to immediately leave Zimbabwe at the end of Saturday’s service and not attend the burial.

Mugabe died in a Singapore hospital aged 95 last Friday. Reports indicate that he left instructions that he wished to be buried in Kutama, his rural village, and not at the National Heroes Acre in Harare where Zimbabwe buries its “national heroes”.

“The state funeral service will be held on Saturday, September 14, 2019, in the morning at the National Sports Stadium in Harare. The times will be advised,” the foreign ministry said in a note to all diplomatic missions.

It added: “Heads of State/government wishing to attend the ceremony are advised to arrive in Harare on Friday, September 13, 2019… (and) depart immediately after the ceremony taking into consideration that government authorities will be fully occupied with preparations for the burial service/ceremony reserved for Sunday, September 15, 2019.

“The full programme for the funeral service will be made available in due course.”

Mugabe’s family is at loggerheads with the government over where he should be buried.

President Emmerson Mnangangwa, who seized power from Mugabe in a military coup in November 2017, wants to bury his predecessor at the National Heroes Acre, a hilltop shrine in Harare.

But Mugabe is believed to have told his family that he wanted to be buried quietly with his mother, denying the politicians and generals who toppled him in 2017 the chance to “pontificate” over his dead body.

Zimbabwe government protocol says that Mnangagwa does not attend national heroes’ burials held away from the Heroes Acre. The policy was explained recently when the Zanu PF leader skipped Dumiso Dabengwa’s burial.

By telling foreign leaders to leave a day earlier, the Zimbabwe government could be trying to prevent a situation where foreign leaders go to Mugabe’s rural home in the absence of Mnangagwa.

Vice President Kembo Mohadi is leading a delegation flying by private jet to Singapore to return with Mugabe’s body on Wednesday.

“Imagine the people that are guarding you, that you trusted the most, turn against you.”

Mnangangwa and family members will receive Mugabe’s body at the main airport named after him in Harare.

The body will be taken to his rural home in Kutama about 85km south-west of Harare before being returned to Harare for the service at the stadium.

Mnangagwa has described Mugabe as “a great teacher and mentor”, declaring him a national hero, the highest posthumous award in the country decreed by the Zanu PF party which Mugabe helped found and led for over four decades.

Mugabe’s first wife Sally is already buried there and there is another vacant plot for his much-despised second wife, Grace.

However, Mugabe did not want Mnangagwa and his allies to “hold forth and pontificate over his dead body” and make political capital out of his death, according to the Zimbabwe Independent newspaper.

“He was very bitter and it dented his legacy, … it was not an easy thing for him,” Mugabe’s nephew said on Saturday.-ZIMLIVE

Mugabe died so poor , his regular mode of transport in Singapore was Uber taxis