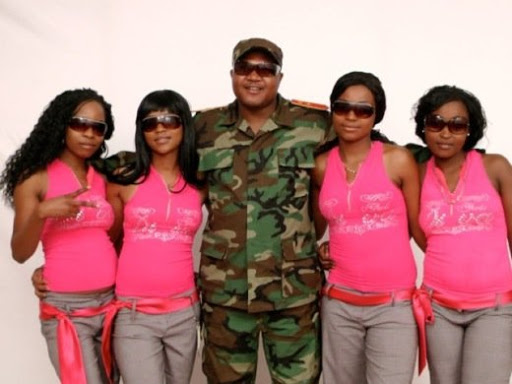 HARARE – Energy Mutodi was fired as deputy minister of information on Wednesday, the culmination of a string of gaffes which in the end threatened to cause a major diplomatic crisis for President Emmerson Mnangagwa’s regime.

Mutodi’s exit was announced just hours after he claimed that a Movement for Democratic Change MP and two other youth activists who were abducted, tortured and sexually abused by suspected state security agents were in fact prostitutes injured in a dispute over payment for sexual services.

His claim, posted on Twitter, came as the the European Union, the United Kingdom and the United States of America issued a joint statement saying they “expect from the government of Zimbabwe a swift, thorough and credible investigation into the abduction and torture of opposition Member of Parliament Joana Mamombe, along with Cecilia Chimbiri and Netsai Marova and allegations of the assault on Nokuthula and Ntombizodwa Mpofu in Bulawayo.”

In a statement on Wednesday night, Regis Chikowore, the permanent secretary for presidential communications, said:  “The Chief Secretary to the President and Cabinet Dr. Misheck Sibanda has announced the termination of employment by his Excellency President E. D. Mnangagwa of Dr Energy Mutodi as deputy minister of government in the Ministry of Information, Publicity and Broadcasting Services.”

Chikowore said the termination was “with immediate effect”, but gave no reasons.

In the offensive tweet which ultimately cost him his job, Mutodi wrote: “Details emerge MDC youths Joana Mamombe, Netsai Marova & Cecilia Chimbiri went out for a romantic night to Bindura with their lovers who are artisanal miners. They parked their car at a police station for safety but tragedy struck when they demanded foreign currency for services.”

He later deleted the tweet, but only after his sacking had been confirmed.

Mutodi wrote to Moyo accusing him of behaving as if he was Prime Minister.

The controversy which engulfed Mutodi followed the abduction, torture and sexual assault of Mamombe, Zimbabwe’s youngest MP, and her two colleagues on May 13 after being arrested for demonstrating against food shortages.

The women said that they were initially taken to Harare central police station from where they were driven for an hour, with bags on their heads, to a forest where they were thrown into a pit.

Over the next two nights, four or five men in plain clothes beat and sexually brutalised them and forced them to consume each other’s excrement. They were ordered to watch and sing MDC songs as their friends were terrorised one by one, said Mamombe’s husband, Mfundo Mlilo.

The government has attempted to rubbish the women’s account, which the MDC says diminishes any chances of a transparent investigation. The party has demanded a United Nations-led investigation.

“The perpetrators of heinous acts of this kind and other human rights violations need to be identified and prosecuted,” the western embassies demanded on Wednesday.