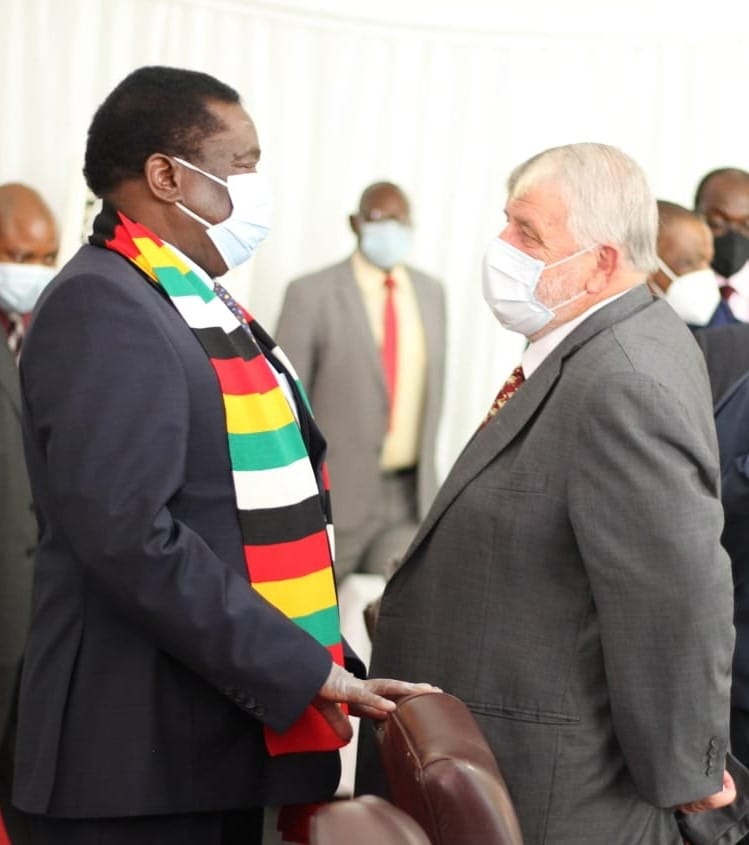 President Emmerson Mnangagwa administration is under pressure from the promise of compensating former white farmers who lost their land at the turn of the millennium.

News24 reports that Zimbabwe has appointed London-based Newstate Partners to help raise $1.75 billion (~R26 billion) by July next year to meet its obligations.

Compensating the farmers is key to Zimbabwe’s repairing its relations with the US and other western countries that imposed sanctions on the country after the often violent land seizures began in 2000. Zimbabwe’s economy subsequently collapsed as exports dwindled with stagnating ever since.

While the government is likely to press ahead with publicly stated plans to sell an international bond to finance the compensation accord, that option probably won’t be viable, said the person who asked not to be identified as the information hadn’t been disclosed publicly.

A bond would be too expensive and need a guarantee from a multilateral lender that’s unlikely to be forthcoming as Zimbabwe hasn’t paid its arrears on more than $8 billion in debt, meaning it can’t borrow fresh capital from them.

If money is raised from private investors, a special-purpose vehicle could be set up offshore and a portion of the country’s tax or royalty earnings from mineral exports could be diverted into it to repay them over a number of years with interest, the person said. The SPV could also be used as a guarantee to bolster the confidence of potential lenders, they said.