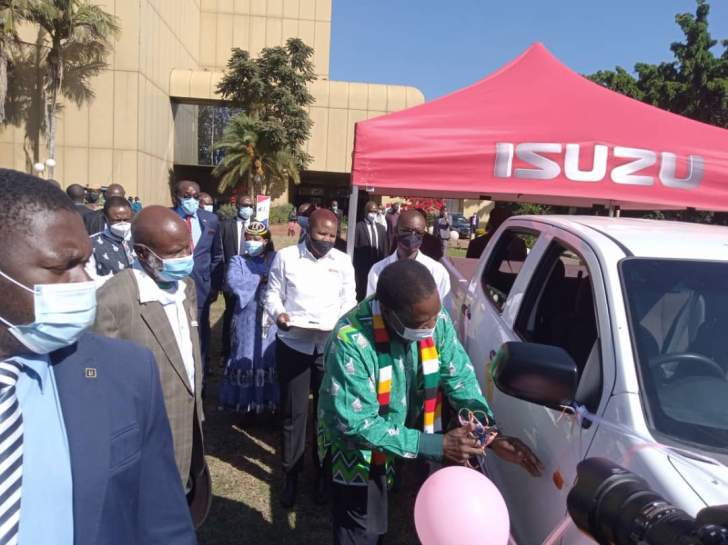 President Mnangagwa has today handed over 18 vehicles to traditional leaders as part of Government’s ongoing programme to ensure chiefs are mobile and to restore their dignity.

Officially handing over the vehicles at a brief ceremony held at a local hotel, President Mnangagwa said the Isuzu twin cab vehicles will go a long way in ensuring that traditional leaders were empowered and enhance their integrity in society.

Traditional leaders who got vehicles are a fourth batch of chiefs who have benefitted from Government’s ongoing programme.