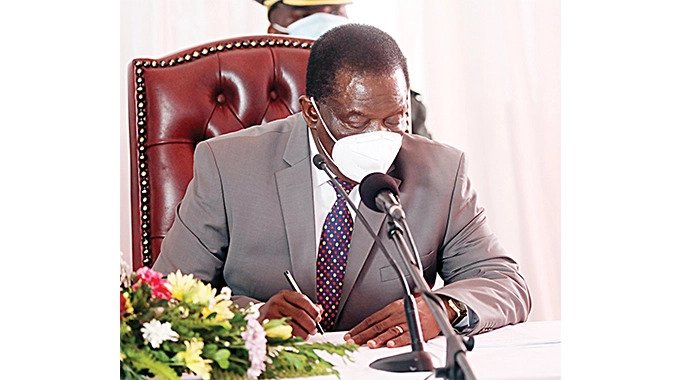 GOVERNMENT says it has approved a plan to extend the National Heroes Acre amid stepped-up efforts to repatriate human remains of liberation cadres of the First Chimurenga from the United Kingdom.

Located just outside Harare, the Heroes Acre had 195 graves at its establishment and during its 42 year existence,161 graves have so far been utilised leaving only 35 burial pits.

According to the Minister of Information, Publicity and Broadcasting Services, Monica Mutsvangwa, Cabinet approved the modelling of an additional 104 graves.

“It is therefore important that an additional 104 graves be created to ensure that the national shrine is able to accommodate new burials at all times,” Mutsvangwa said during Tuesday’s post-Cabinet briefing.

She added that Cabinet also directed the Ministry of Home Affairs and Cultural Heritage to ensure the national shrine is refurbished whilst provincial and district heroes’ acres are spruced up.

“The national shrine will also have a Zimbabwe Liberation War Museum in its vicinity, to memorialise Zimbabwe’s colonial and liberation experiences together with the individual contributions of the heroes and heroines interred at the shrine.

“The National Heroes Acre is a symbol and celebration of Zimbabwe’s triumph over adversities associated with dispossession and colonialism,” said Mutsvangwa.

Meanwhile, government dispatched a team of officials to travel to the United Kingdom on a Fact-Finding Mission to prepare for the repatriation of human remains of National Heroes and Heroines of the First Chimurenga.

Mutsvangwa said the objectives of the mission included engaging British institutions with a view to ascertain the presence of human remains of Zimbabwe’s ancestors and facilitate their repatriation.

“The objectives of the mission included to access and assess migrated archives including Rhodesian Military and Intelligence records and negotiate for their repatriation and to identify cultural artefacts in British institutions and initiate dialogue for their possible repatriation,” added Mutsvangwa.

The said delegation being led by the executive director of the National Museums and Monuments of Zimbabwe has so far held talks with six universities in the UK.

The remains which are in various institutions as well as private collections, are believed to include those of Zimbabwe’s iconic heroes who were murdered during the resistance to colonial rule in the early 1890s and early 1900s.

“The nation is being informed that the archival documents associated with the remains were examined to verify their authenticity and integrity. The delegation was satisfied that there are indeed human remains of Zimbabwean origin in the United Kingdom as confirmed by the Natural History Museum and the Duckworth laboratory,” added Mutsvangwa.

She reiterated that despite both the Natural History Museum and the University of Cambridge willingness to collaborate on the repatriation of the human remains in their institutions, the government will spare no effort to ensure the repatriation of Zimbabwean ancestors.-NewZim

Police arrest 3 suspects in probe into How Mine gold robbery