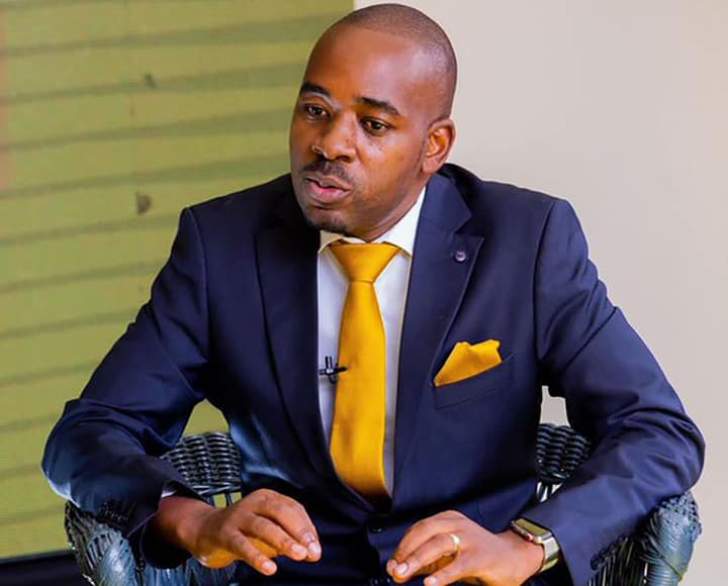 Citizens’ Coalition for Change (CCC) leader Nelson Chamisa says President Emmerson Mnangagwa is scared of general elections scheduled for later this and will seek to postpone them.

Chamisa said Mnangagwa “will try all means” to postpone the elections, adding he cannot indefinitely postpone the inevitable. Chamisa tweeted:

I’m reliably informed that Mukoma (big brother) is now so scared of the election. And he will try all means, foul & ugly, to avoid the 2023 election.

But then, one can’t postpone Christmas simply because they are on the dinner menu. A turkey can’t be trusted for advice on the timing of Christmas!

According to a report by ZimLive Justice Legal and Parliamentary Affairs minister Ziyambi Ziyambi, has reportedly told Mnangagwa that the draft delimitation report will be used to weaken his grip on power and eventually lead to his impeachment by Parliament.

Ziyambi reportedly informed Mnangagwa that the delimitation report was a “mathematical exercise” designed to deny him a sweeping parliamentary majority while boosting CCC’s electoral chances.

According to ZimLive, Ziyambi and justice ministry secretary Virginia Mabhiza allegedly told Mnangagwa that Vice-President Constantino Chiwenga was believed to be behind a plot to remove him from power after the elections by working with his loyalists in Parliament and those from the CCC.